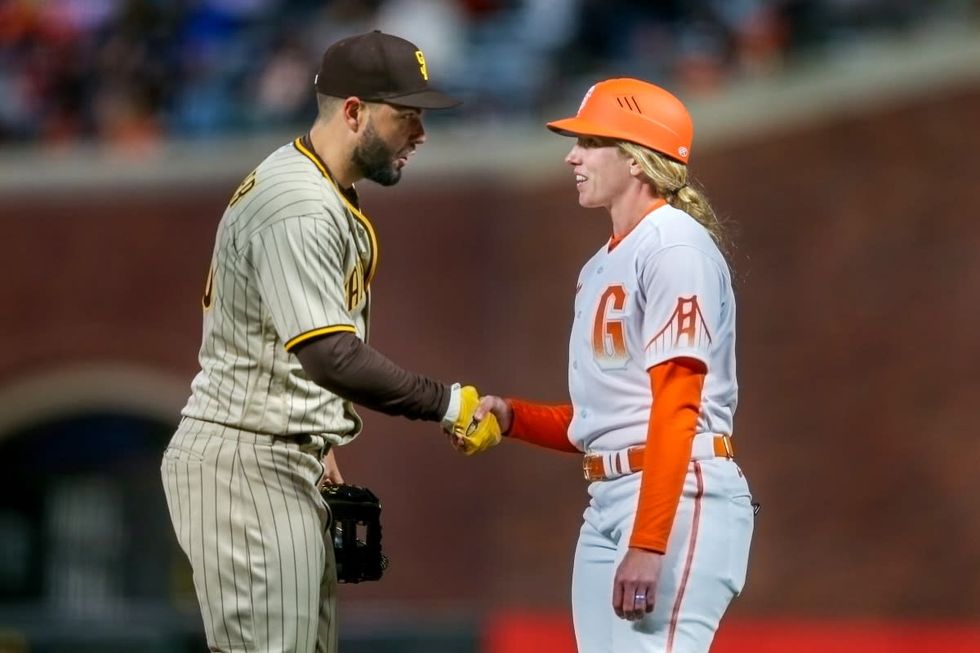 By Bonnie Stiernberg On Tuesday night, after San Francisco Giants first base coach Antoan Richardson was ejected in the third inning of the team’s 13-2 victory over the San Diego Padres, assistant coach Alyssa Nakken took over for him and made history as the first woman to ever coach on the field during a regular-season Major League Baseball game. Nakken, who has coached first base for the team during spring training games in the past, was greeted with a warm reception from fans at Oracle Park and a congratulatory handshake from Padres first baseman Eric Hosmer, who recognized the significance...