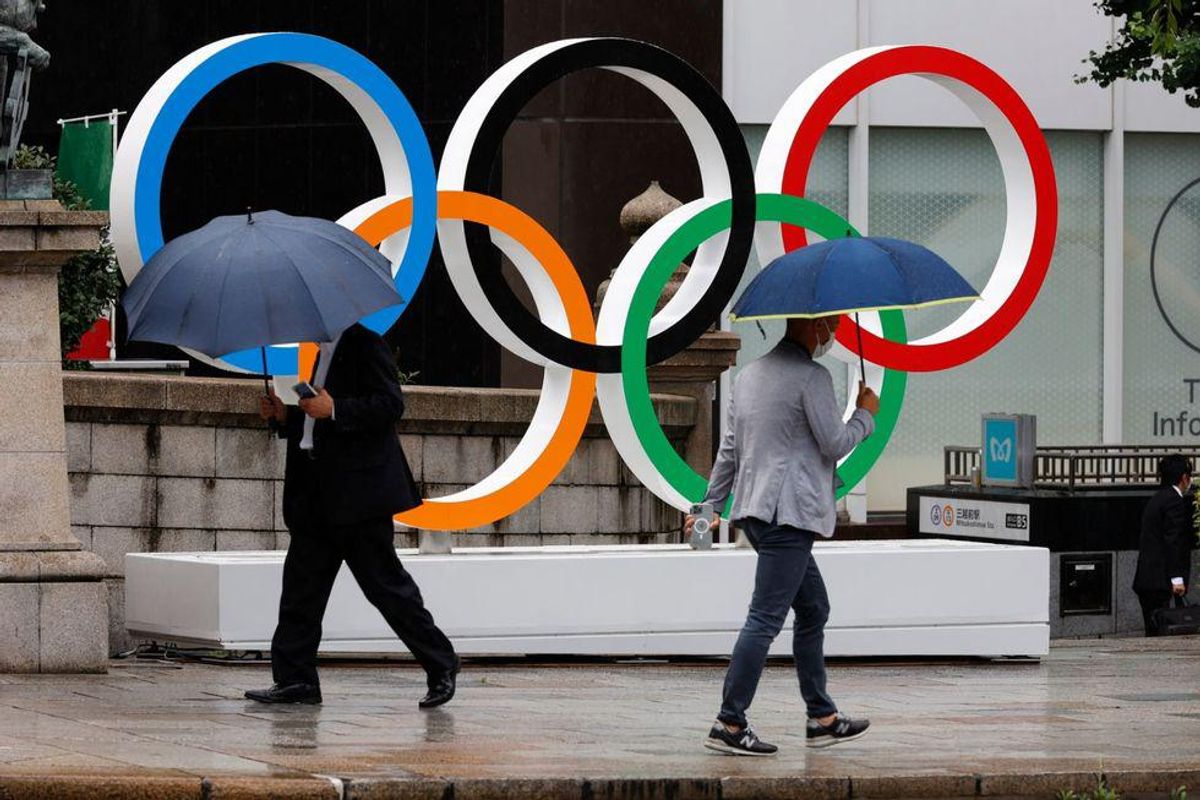 Daily life in Tokyo - Pedestrians holding umbrellas walk past the Olympic Rings in Tokyo's historic Nihonbashi district. The Olympic Foundation for Culture and Heritage (OFCH) has opened a cultural hub "Olympic Agora", a collection of art installations, exhibitions, and digital attractions to experience the spirit of the Olympics from 1 July to 15 August. - Rodrigo Reyes Marin/ZUMA Wire/dpa

A composer for the Tokyo Olympics opening ceremony said Monday he would step down following an outcry over old interviews in which he described bullying disabled schoolmates.

The experimental musician Keigo Oyamada, known as Cornelius, is at the centre of the latest scandal to hit the virus-postponed Games, just four days before they kick off.

His departure follows that of several key Tokyo 2020 officials, including former chief organizer Yoshiro Mori who stepped down over sexist comments.

"I have offered my resignation to organizers," Oyamada, who is among the composers for the music for Friday's opening ceremony, said in a statement posted on Twitter.

"By sincerely accepting the suggestions and opinions given by many people, I want to reflect on my conduct and thoughts from now on. I truly apologize," he said.

"I have become painfully aware that accepting the offer of my musical participation in the Tokyo 2020 Olympics and Paralympics lacked consideration to a lot of people."

After news of his involvement in the music for the ceremony began to circulate online, interviews from the mid-1990s re-emerged in which Oyamada discussed, without apparent remorse, his bullying of schoolmates with handicaps.

His actions and his remarks sparked outrage online, and Tokyo 2020 organizers said at the weekend they had not been aware of the remarks, "but they are inappropriate".

The scandal is only the latest personnel headache for organizers, who have already weathered the resignation of their former boss Mori, who stepped down in February after claiming women speak too much in meetings.

The creative director for the opening and closing ceremonies, Hiroshi Sasaki, also opted to resign in March after suggesting a plus-size female comedian appear as a pig.