One in 10 Londoners likely infected with COVID: ONS models 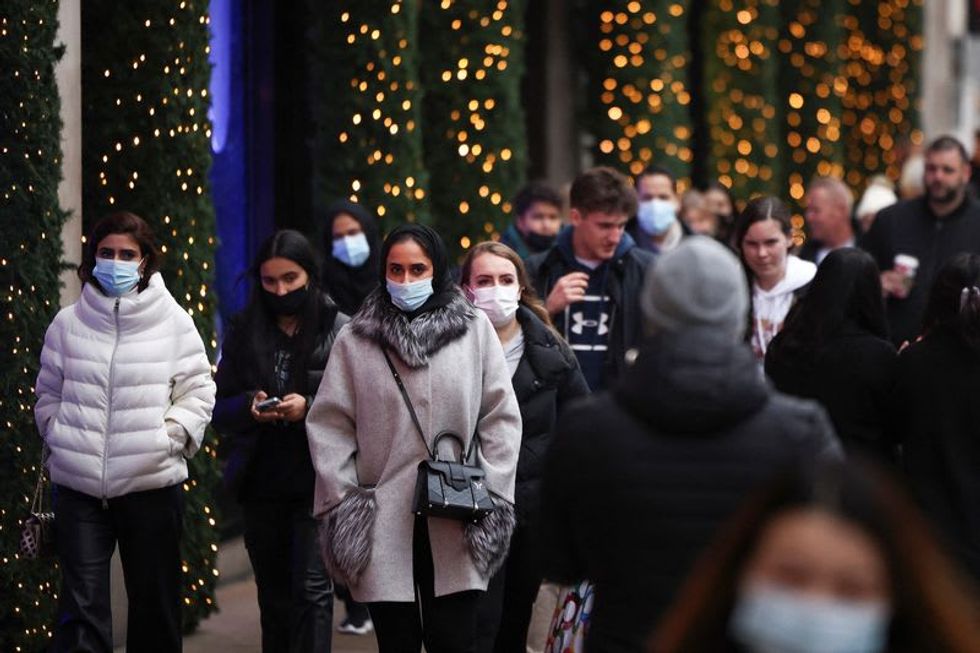 LONDON (Reuters) - Around 1 in 10 people in London were likely infected with COVID-19 as of Sunday, according to new interim official estimates published ahead of the Christmas holidays that showed the spread of the virus has accelerated. Daily modelling data from the Office for National Statistics showed around 9.5% of Londoners had COVID-19 as of Sunday, within a 95% confidence interval of 8.43% to 10.69%. The ONS estimated that 1 in 35 people in England had COVID-19 between Dec. 13 and Dec. 19 - compared with a previous estimate of 1 in 45 for the in the week to Dec. 16. (Reporting by Andy ...