Outspoken Alec Baldwin made comeback with '30 Rock' and Trump 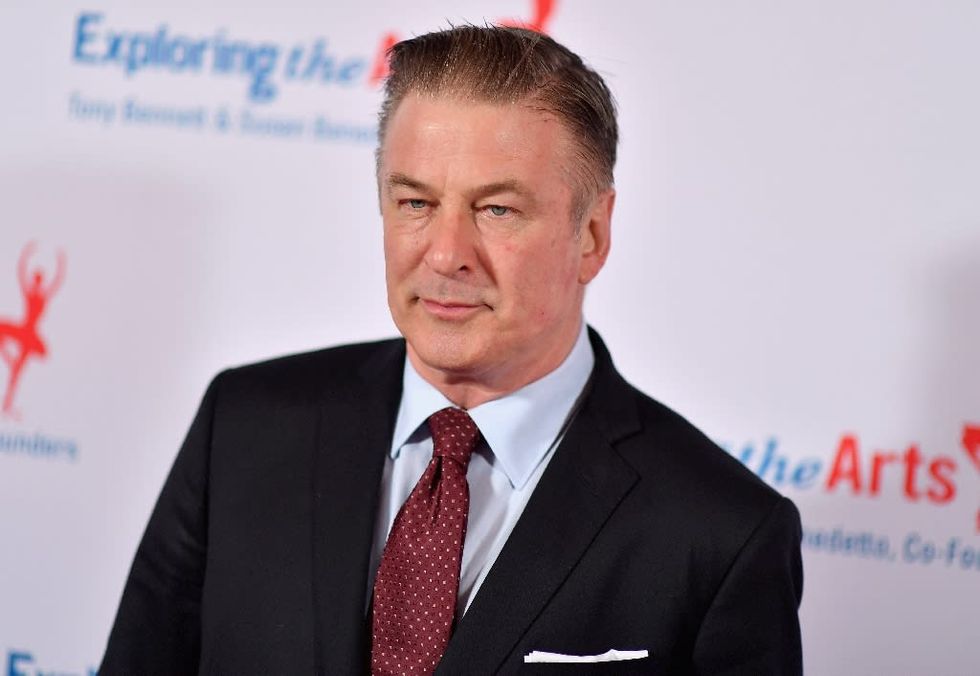 Alec Baldwin also made headlines for his outspoken political views

Los Angeles (AFP) - Alec Baldwin, the US actor who police say fired a prop gun that killed a cinematographer Thursday, sprang to fame as a 1990s Hollywood leading man before mounting a mid-career comeback as a charismatic media mogul on television comedy "30 Rock."

Baldwin was acting in and co-producing "Rust," a 19th-century Western about an accidental killing, when he discharged a prop gun, killing the film's cinematographer and wounding its director, US law enforcement officers said.

Born in 1958, the oldest and most famous of four actor brothers, Baldwin cut his teeth on 1980s television shows such as "Knot's Landing," before breaking through with lead roles in movies "Beetlejuice" and "The Hunt for Red October."

Baldwin played the lover of Basinger in 1991's "The Marrying Man," striking up a chemistry that would lead to their real-life wedding in 1993, and a Steve McQueen remake "The Getaway" the following year.

Around the same time he earned a Tony nomination for his Broadway performance as Stanley Kowalski in "A Streetcar Named Desire," later resuming the role on screen.

Other 1990s roles included "Prelude to a Kiss" opposite Meg Ryan, and a powerful cameo as a nasty real estate boss in "Glengarry Glen Ross" opposite Al Pacino and Jack Lemmon.

Baldwin was sued over a violent altercation with a paparazzo in 1995.

Basinger and Baldwin separated in 2000, and he shifted toward smaller, supporting roles in films like "Pearl Harbor" and "The Royal Tenenbaums."

Baldwin made his first -- and so far only -- directing appearance in "Shortcut to Happiness," an adaptation of 1930s short story "The Devil and Daniel Webster." It flopped and never received a wide theatrical release.

But Baldwin's career was rejuvenated by seven-season run in multiple-Emmy winning NBC comedy "30 Rock," in which he frequently stole the show as the suave, mega-rich and eccentric boss of Tina Fey's Liz Lemon.

He has appeared in films such as "It's Complicated" with Meryl Streep, Woody Allen's "Blue Jasmine" and two "Mission: Impossible" movies.

Baldwin, well-known for his outspoken views and support of the Democratic Party, won a third Emmy in 2017 for his popular and biting "SNL" impersonations of Trump.

Now 63, Baldwin has continued to make headlines for his personal life.

In 2007, he left a notorious message for his then 11-year-old daughter with first wife Basinger, calling her a "rude, thoughtless little pig."

In late 2013, NBC scrapped his late-night chat show after he allegedly subjected a photographer to a homophobic slur outside his apartment on the day that a Canadian actress convicted of stalking him was jailed.

In 2018, Baldwin was arrested and charged with assault after punching a man in the face during a New York parking dispute. He pleaded guilty to a harassment charge and agreed to attend an anger management program.

He lives near New York with second wife Hilaria. The couple have six children together.