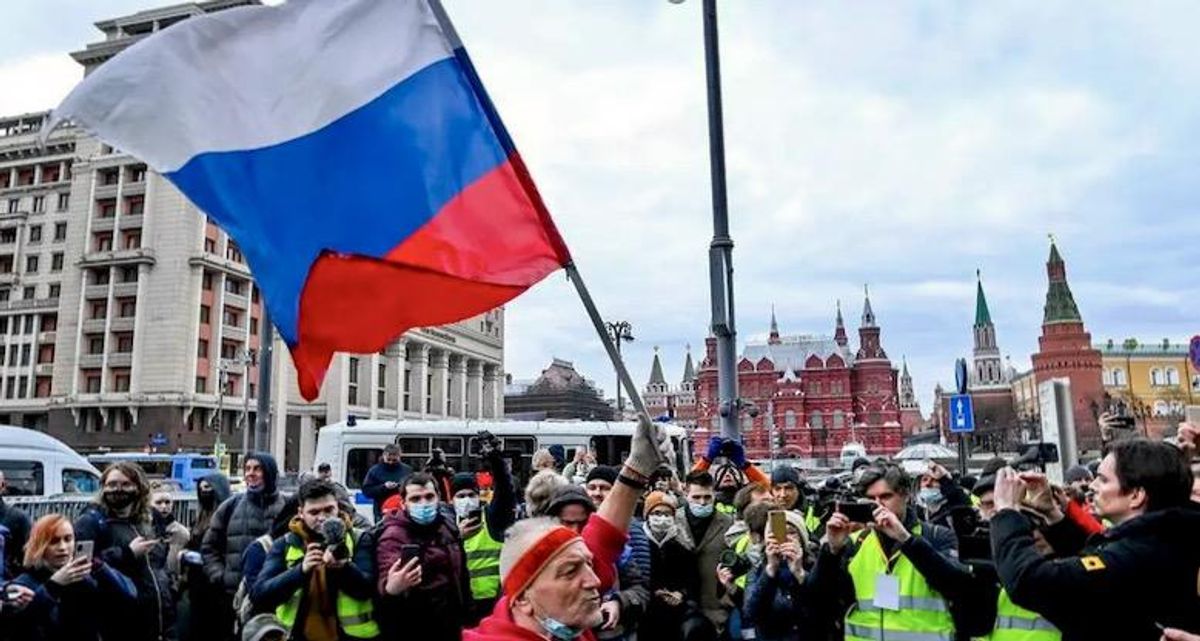 In Russia, participation in unauthorised demonstrations can lead to a fine or several days in jail Kirill KUDRYAVTSEV AFP

The opposition staged demonstrations in dozens of Russian cities, with the largest rallies taking place in Moscow.

The OVD-Info monitoring group, which tracks detentions at opposition protests, said that by Thursday morning police had detained "more than 1,783 people in 97 cities".

In Russia, participation in unauthorized demonstrations can lead to a fine or several days in jail.

Navalny's press secretary Kira Yarmysh was among those detained. She was given a 10-day stint behind bars for calling on people to join unauthorized rallies.

Key Navalny aide Lyubov Sobol was also taken into police custody ahead of the rally in Moscow and is due to appear in court later Thursday.

Wednesday's rallies did not match in size those held in the winter when Navalny was arrested after returning to Russia from Germany.

Tens of thousands took to the streets despite freezing temperatures while more than 11,000 people were detained.

Navalny, 44, was arrested when he returned to Russia in January after months recovering in Germany from a near-fatal nerve agent poisoning he blames on the Kremlin -- an accusation it rejects.

He was sentenced to two-and-a-half years over an old fraud conviction and has been serving time in a penal colony about 100 kilometers (60 miles) east of Moscow.

His health has been failing since he launched his hunger strike to demand proper medical care for a range of ailments, including back pain and numbness in his limbs.