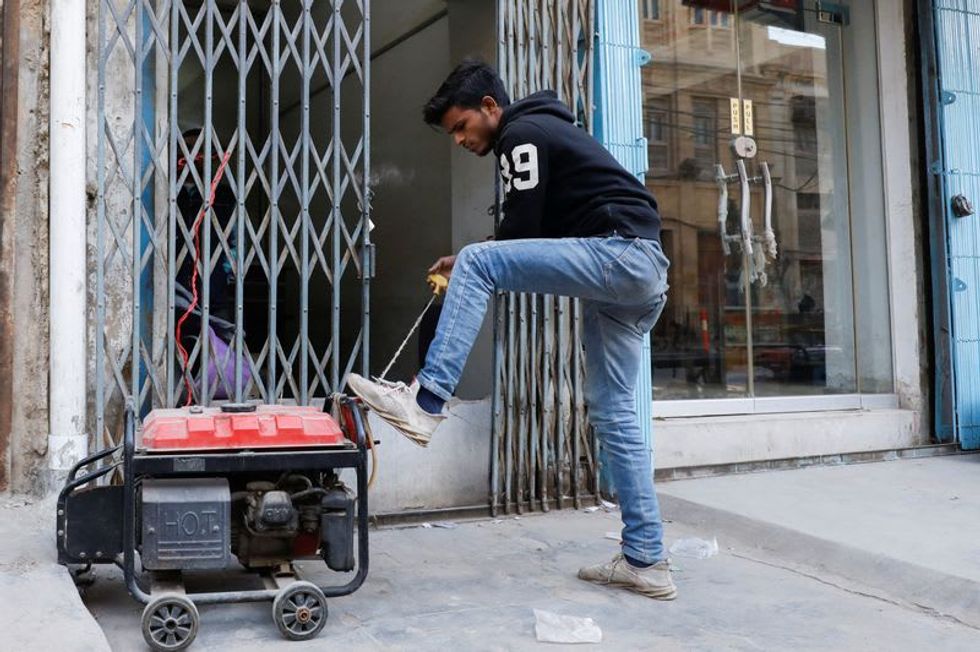 ISLAMABAD (Reuters) -Pakistan suffered nationwide power outages on Monday morning due to a "major breakdown" of the national grid, the power ministry said, with factories, hospitals and schools impacted in all its major cities.

The breakdown began at 7:34 am (0234 GMT) when a voltage fluctuation in the grid occurred between the cities of Jamshoro and Dadu in southern Sindh province, power minister Khurrum Dastagir.

"There was a fluctuation in voltage and the systems were shut down one by one. This is not a major crisis," Dastagir told Geo TV news channel.

Outages were reported in the southern port city of Karachi, the capital Islamabad, the eastern city of Lahore and Peshawar in the north.

Mohammad Asim, a spokesman for Peshawar's Lady Reading Hospital, the largest hospital in Khyber Pakhtunkhwa province, said back up generators were used to provide uninterrupted electricity for the emergency ward, intensive care units, and laboratories.

The power ministry issued a statement saying that work was ongoing to revive the system, and the minister said that electricity had been restored in some parts of the country.

Pakistan has enough power installed capacity to meet the demand, especially in winter, when it mostly has a surplus. But the country lacks resources to run its oil and gas powered plants and the sector is heavily in debt, and inadequate investment in infrastructure and power lines has resulted in the National Grid suffering frequent breakdowns.