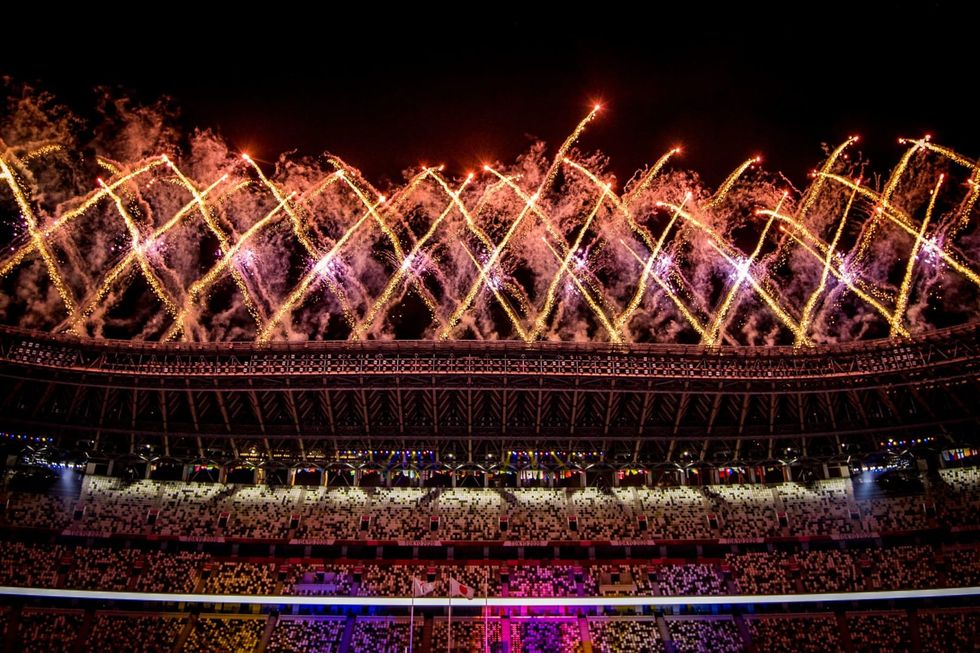 Fireworks illuminate the sky above the Olympic stadium during the closing ceremony of the Tokyo 2020 Paralympic Games. Jasper Jacobs/BELGA/dpa

The Tokyo Paralympics ended on Sunday with a spectacular closing ceremony as China finished the Games top of the medals table by a huge distance.

The Paralympics has been held without fans and under strict coronavirus protocols, just like the Olympics in the Japanese capital in July and August,

China racked up 96 golds and 207 medals in total followed by Britain with 41 golds and 124 medals. The US was third with 37 golds and 104 medals ahead of the Russian Paralympic Committee with 36 and 118.

Russia was not allowed to compete as a nation due to doping-related sanctions.

China, which next hosts the Winter Olympics and Paralympics in February and March next year in Beijing, lost out to the US in the medals table at the Tokyo Olympics.

The athletes' parade included the two Afghan Paralympians who managed to reach Tokyo late after fleeing the Taliban takeover of their country. Otherwise only select members of teams were allowed at the ceremony due to Covid-19 rules.

International Paralympic Committee (IPC) president Andrew Parsons later handed over the Paralympic flag to the Paris mayor Anne Hidalgo ahead of the 2024 Summer Games in the French capital.

A crowd in Paris then partied beneath the Eiffel Tower while Parsons and Games chief Seiko Hashimoto delivered final addresses in Tokyo.

"It's been wonderful to see each venue full of smiles," Hashimoto said, adding that the difficulties holding the event during the pandemic made it extra special.

"I'm very proud of this wonderful (organizing) team. Thank you very much.

"I'm so glad we hosted the Olympic and Paralympic Games. I believe in the value they bring."

Parsons declared the Games over, adding: "What a journey, what sport, what a Games. Together against the odds we did it.

"To the people of Japan, you made this possible," he said before the Paralympic flame was extinguished.