Paul Krugman: GOP 'family values' rhetoric is as 'intellectually bankrupt' now as it was in 1992 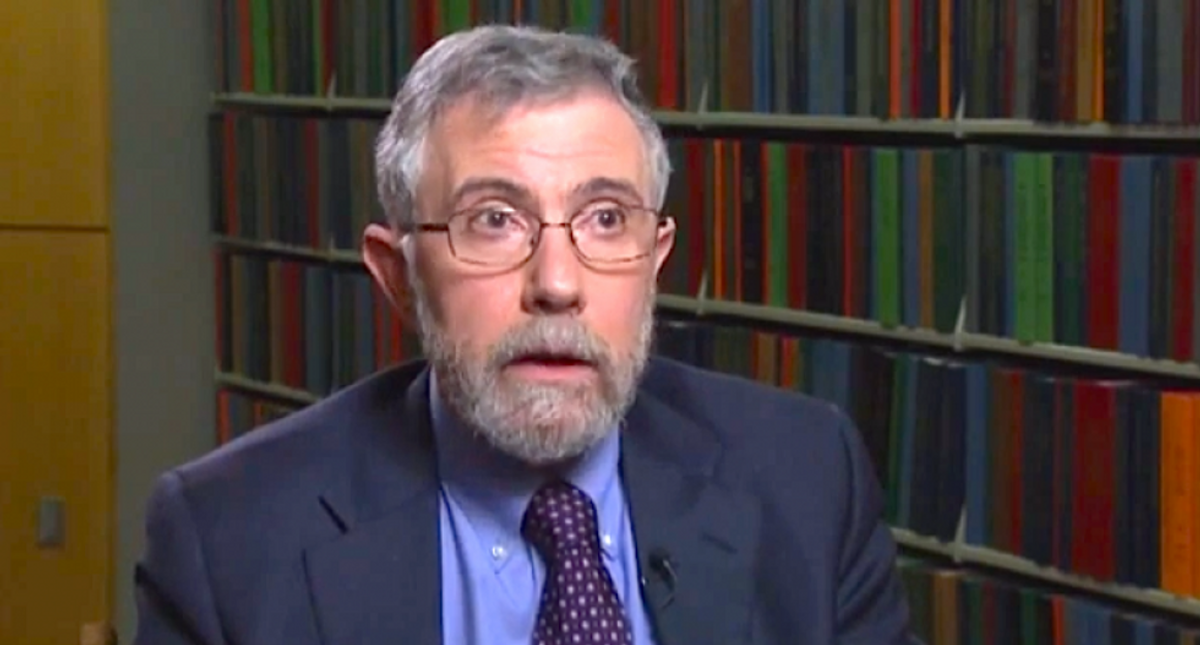 "Hillbilly Elegy" author J.D. Vance, who is seeking the GOP nomination in Ohio's 2022 U.S. Senate race, was cynically playing the family values card when he railed against the "childless left" during a speech on Friday night, July 23 — and he even mentioned some Democrats by name. Liberal economist Paul Krugman has responded to Vance's speech in his July 26 column for the New York Times, stressing that Republican "family values" rhetoric is as empty and vacuous in 2021 as it was when the GOP made "family values" the theme of the 1992 Republican National Convention.

Vance was speaking at an event hosted by the Intercollegiate Studies Institute, and the Democrats he singled out as examples of the "childless" trend in the U.S. included Vice President Kamala Harris, Transportation Secretary Pete Buttigieg, Sen. Cory Booker of New Jersey and Rep. Alexandria Ocasio-Cortez of New York City. And Vance praised Hungarian Prime Minister Viktor Orbán — a far-right authoritarian — for encouraging more procreation in his country. Booker and AOC, reporter Martin Pengelly noted in The Guardian, don't have any children. Harris has two stepchildren with her husband, Doug Emhoff.

"For a few weeks in 1992," Krugman writes, "U.S. politics were all about 'family values.' President George H.W. Bush was in electoral trouble because of a weak economy and rising inequality. So, his vice president, Dan Quayle, tried to change the subject by attacking Murphy Brown, a character in a TV sitcom (and) an unmarried woman who chose to have a child."

Krugman continues, "I was reminded of that incident when I read about recent remarks by J.D. Vance, the author of 'Hillbilly Elegy,' who is now a Republican Senate candidate in Ohio. Vance noted that some prominent Democrats don't have children, and he lashed out at the 'childless left.' He also praised the policies of Viktor Orbán, the leader of Hungary, whose government is subsidizing couples who have children, and asked, 'Why can't we do that here?'"

The Washington Post's Dave Weigel, covering Vance's speech, noted that he failed to mention President Joe Biden's child tax credit — which, Krugman points out, "will make an enormous difference to many poorer families with children."

"It was also interesting that (Vance) praised Hungary rather than other European nations with strong pronatalist policies," Krugman observes. "France, in particular, offers large financial incentives to families with children and has one of the highest fertility rates in the advanced world. So why did Vance single out for praise a repressive, autocratic government with a strong white nationalist bent? That was a rhetorical question."

Krugman goes on to say that "family values" rhetoric coming from Vance and other Republicans is meaningless without economic policies that actually help parents.

"The whole focus on 'family values' — as opposed to concrete policies that help families — turns out to have been an epic intellectual misfire," Krugman stresses. "Dan Quayle, of course, was no intellectual. But his sitcom offensive took place amid a sustained argument by conservative thinkers like Gertrude Himmelfarb that the decline of traditional values, especially traditional family structure, presaged widespread social collapse. The demise of Victorian virtues, it was widely argued, would lead to a future of spiraling crime and chaos. Society, however, declined to collapse."

Krugman cites some specific economic policies that are helpful to families, and they aren't Republican policies.

The economist writes, "When politicians rant about values, or attack other people's personal choices, it's usually a sign that they're unable or unwilling to propose policies that would actually improve American lives…. Doing more to help families with children — with financial aid, better health care and access to day care — is at or near the top of the list. The point, by the way, isn't to encourage people to have more kids — that's up to them — but to improve the lives of the children themselves, so that they grow up to become healthier, more productive adults."

Krugman adds, "On the other hand, yelling at members of the elite over their personal life decisions isn't on the list at all. And when that's all a politician does, it's a sign of intellectual and perhaps moral bankruptcy."