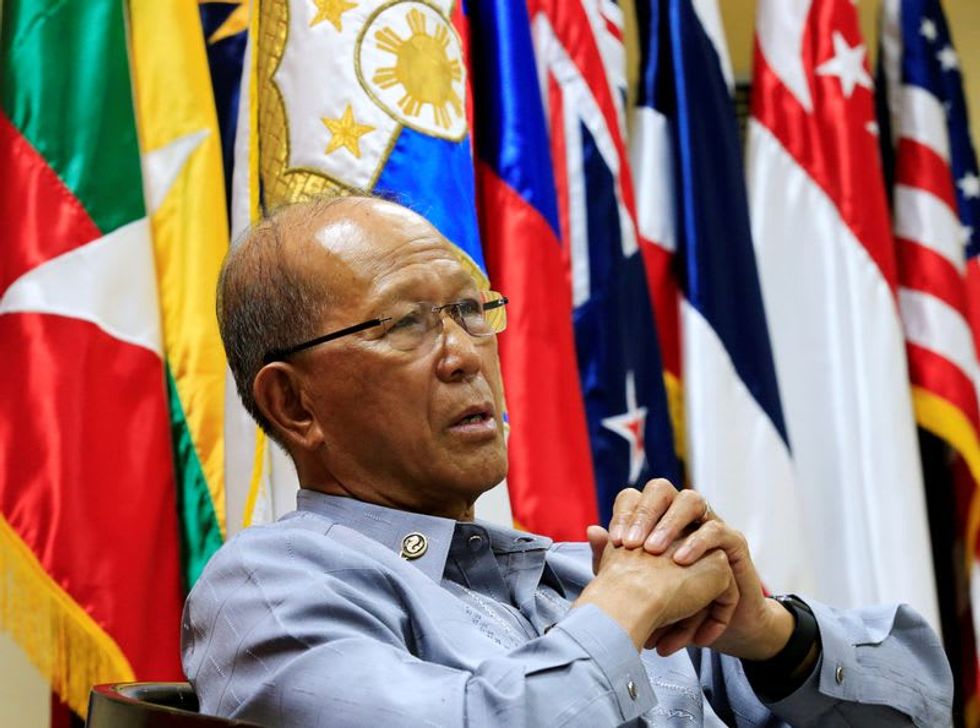 MANILA (Reuters) - The Philippines' defence chief said on Sunday China was looking to occupy more areas in the South China Sea, citing the continued presence of Chinese vessels that Manila believes are manned by militias in disputed parts of the strategic waterway. "The continued presence of Chinese maritime militias in the area reveals their intent to further occupy (areas) in the West Philippine Sea," Defence Secretary Delfin Lorenzana said in a statement, using the local name for the South China Sea. It was the second hostile statement by Lorenzana in two days as he repeated calls by the Ph...