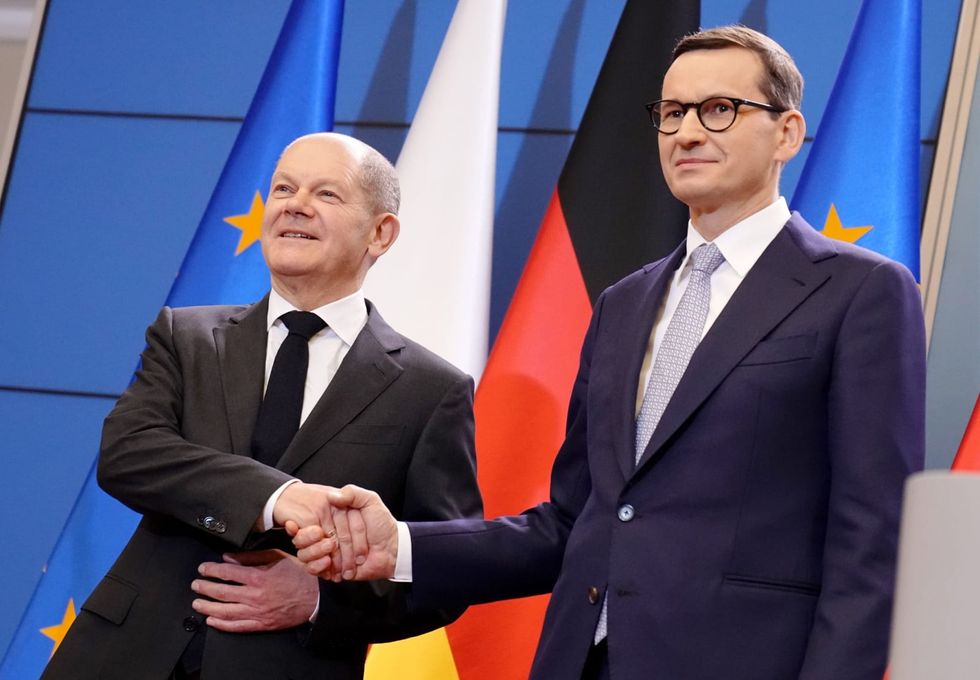 "Uniformity and egalitarianism are not good courses of action," Morawiecki said after his meeting with Scholz.

Germany's new centre-left coalition government has committed to working for an Europan Union "that protects its values and the rule of law both internally and externally." There has also been talk of developing the EU into a "federal European state.

Morawiecki said that in Poland people perceive the planned federalization of Europe as "democratic centralism, bureaucratic centralism. Europe will be strong if it is a Europe of sovereign states," he said.