Police back to 'square one' in hunt for Alabama jailbreak couple 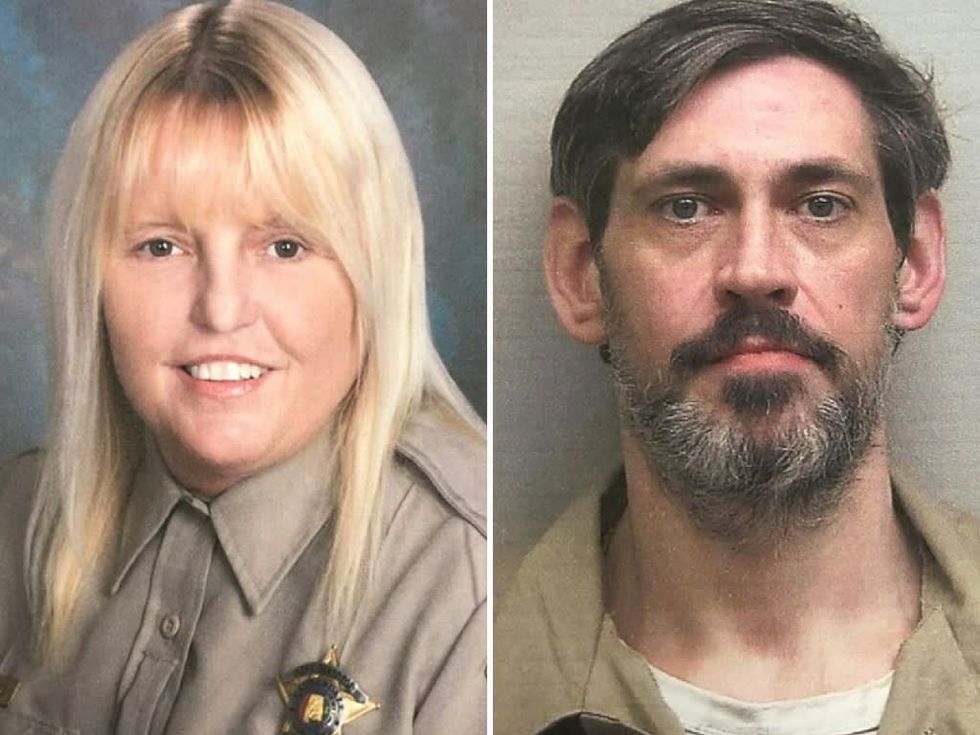 Washington (AFP) - Police said they were "back to square one" Friday in their search for a US convict and the officer who allegedly helped him flee, after finding the pair's abandoned escape vehicle.

Vicky White, an Alabama prison guard with a spotless record, is suspected of helping long-time criminal Casey White -- the two are unrelated -- of escaping custody one week ago on her last day of work before retirement.

Police believe the pair had developed a romantic relationship, and their disappearance from the Lauderdale County Jail has captivated the nation.

Rick Singleton, the sheriff of Lauderdale County, said at a press briefing Friday that the couple's escape vehicle, a rust-colored SUV, was identified outside Nashville, Tennessee, about two hours away from the jail.

The car had actually been found abandoned on April 29, the same day of the escape, but the tow agent had taken it away without realizing it was sought by police.

It was not until Thursday evening that it was identified as Vicky White's.

"We're sort of back to square one," said Singleton, adding that it was not yet known what transportation they used after ditching the car.

Investigators determined that there had been "an attempt to re-paint" the car, but it was found empty, said the sheriff.

"I think this was a very well thought out plan," said Singleton. "We're sort of at a loss."

The sheriff of Williamson County, where the SUV was discovered, said in a tweet earlier Friday that "there is NO sign the two are still in our area."

Investigators have also learned that Vicky White, 56, had sold her home in the weeks before the escape, and had withdrawn about $90,000 in cash from several banks in the area, Singleton said.

He also noted that Vicky White had used an alias to purchase the SUV, and was likely to try to do that again.

The US Marshals Service, a federal agency specialized in fugitive manhunts, also said in a report Friday that Vicky White might have darkened her hair.

The agency released composite images of what she would look like, as well as photos of Casey White's tattoos -- including one associated with a white supremacist prison gang.

The reward for information leading to the couple's arrest has been increased to $25,000, Singleton said.