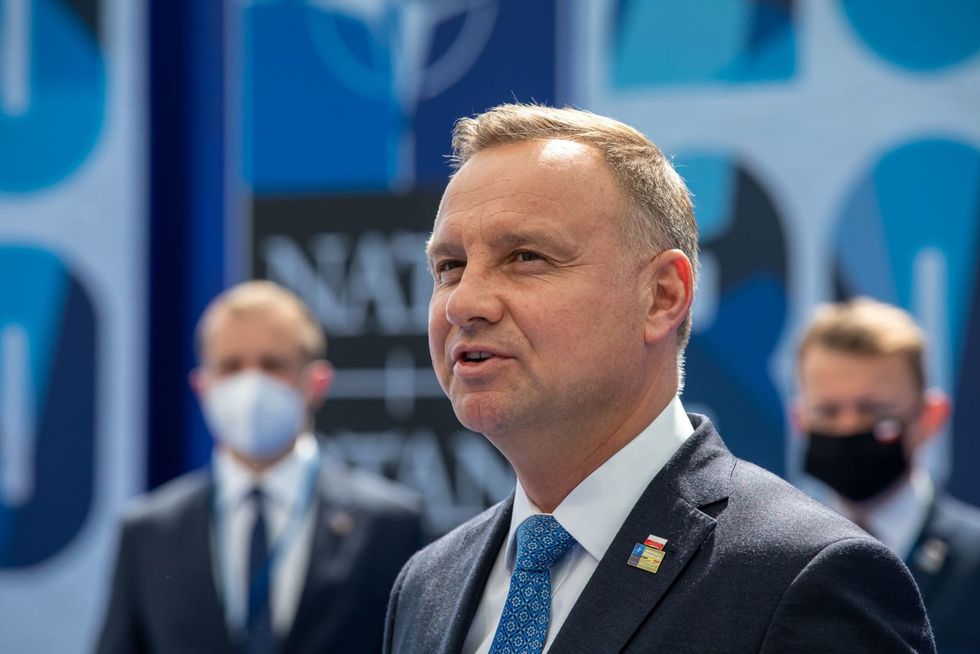 Polish President Andrzej Duda speaks to the press upon arrival for The North Atlantic Treaty Organization (NATO) Summit. Duda said on Monday he had vetoed a media reform bill that drew international criticism, especially from the United States. -/NATO/dpa

Polish President Andrzej Duda said on Monday he had vetoed a media reform bill that drew international criticism, especially from the United States.

The bill was aimed at restricting foreign influence on the media, but critics said it would limit press freedom and pluralism in the country.

Duda said he could not sign the bill into law in its present form, the PAP news agency reported.

Parliament had passed the measure earlier this month. It would have amended the Broadcasting Act to stipulate that future broadcasting licences in Poland may only be granted to foreigners if they have their headquarters or residence in the European Economic Area.

In addition, the licensee must not be reliant on anyone with a headquarters or residence outside the area.

Opponents said it targeted the private broadcaster TVN, which is part of the US group Discovery via a holding company registered in the Netherlands. The news channel TVN24 in particular takes a line critical of the government.

The United States had urged Duda to use his veto power to halt the legislation.

Duda on Monday appealed to the Sejm, the lower house of parliament, to find more suitable solutions to limit the participation of foreign companies in the media market.

He also referred to a 1990 treaty between the US and Poland on trade and economic relations.

Duda underlined that he has extensive experience with the issues of media pluralism and freedom of expression. He also said he was concerned at how polarized Polish society has become.

"Most of my compatriots, most of my fellow citizens, do not want any more disputes," he said, according to PAP.

The Sejm, meanwhile, can reject the veto with a three-fifths majority.

Alongside the US, the European Commission also warned that the law could potentially restrict media freedom.

Tens of thousands of people also demonstrated against the planned law in Warsaw and other cities, carrying posters demanding "Free media, free people, free Poland" and "We have a right to the truth."

Those street protests and pressure from abroad were useful, Polish opposition leader and former EU Council president Donald Tusk said in a tweet.

For its part, TVN called the planned law an "unprecedented attack on the free media" in a statement.

Meanwhile, Krzysztof Gawkowski, leader of the Lewica parliamentary group, said he feared the issue was not yet closed.

A spokesperson for the ruling national conservative Law and Justice party (PiS) expresed disappointment with the president's decision, adding that Poland had to protect its media market from "excessive foreign capital."