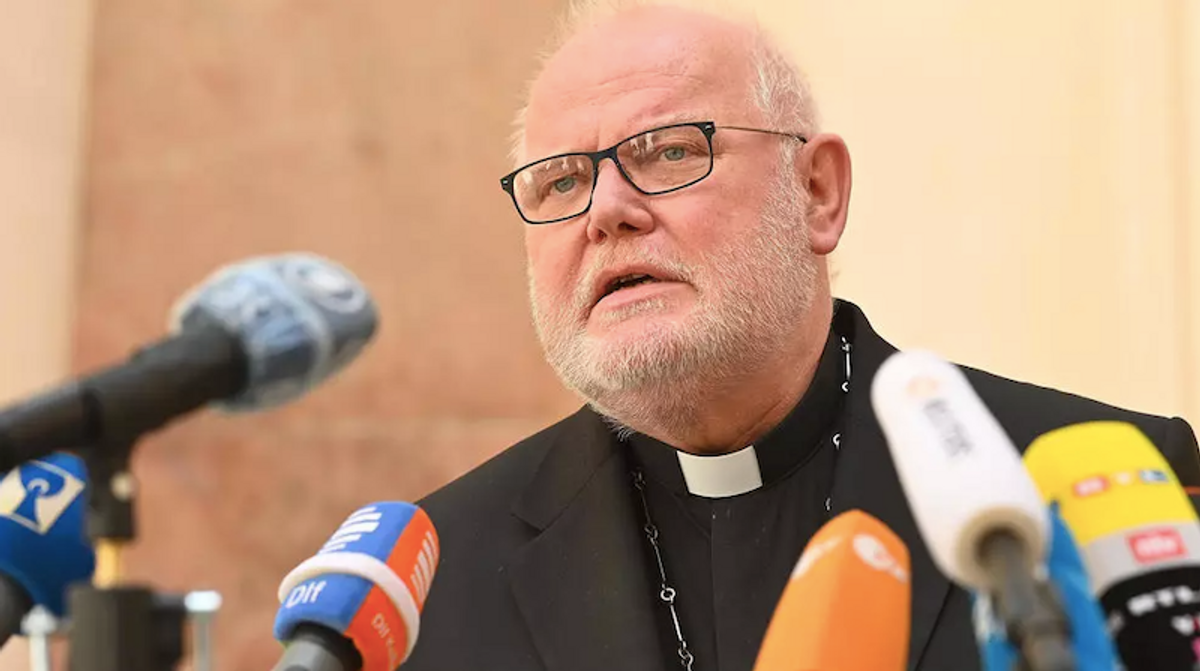 Pope Francis on Thursday rejected an offer by Cardinal Reinhard Marx, a top German bishop, to resign over the mishandling of sexual abuse and cover-up scandals.

"Continue as you propose (in your pastoral work) but as Archbishop of Munich and Freising," the pope wrote to Marx, referring to the position he was offering to vacate.

Marx announced earlier this month that he had offered the pope his resignation over the church's "institutional and systemic failure" in handling child sex abuse scandals.

The stunning decision came after the church in Germany, like in many places elsewhere, was shaken by allegations of wide-ranging abuse by clergymen against minors.

In his letter, the pope agreed with Marx in condemning the "catastrophe" of clerical sexual abuse scandals and the way the Catholic Church dealt with them "until recently".

"The entire Church is in crisis because of the abuse issue" and "the Church cannot proceed without tackling this crisis", the pope wrote in his native Spanish.

He added: "The ostrich policy (of burying one's head in the sand) leads nowhere."

The pope said the Catholic Church could not "live with the weight of having 'skeletons in the closet', as the saying goes," and said it needed to confess to its sins and "ask for the grace of shame".

Marx led the German Bishops' Conference from 2012 to 2020 -- a period when it commissioned a study which revealed widespread sexual abuse by German clergy.

The authors said the actual number of victims was almost certainly much higher.

Another report published in March exposed the scope of abuse by priests in Germany's top diocese in Cologne.

Cologne bishop Rainer Maria Woelki, an arch-conservative, faced months of public criticism after he refused last year to allow the publication of an initial study.

He later commissioned the second report, which revealed that 314 minors, mostly boys under the age of 14, were sexually abused between 1975 and 2018 in the western city.

In his resignation letter, dated May 21 and published on June 4, Marx said: "It is important to me to share the responsibility for the catastrophe of the sexual abuse by Church officials over the past decades."

Slamming colleagues who "refuse to believe there is a shared responsibility in this respect", the 67-year-old said the Catholic Church was at "a dead end".

Marx -- who was never personally accused of abuse or cover up, and who would have remained a cardinal even if Francis had allowed him to quit as archbishop -- added that he hoped his resignation would offer a new beginning for the Church.

Known as a prominent advocate for change, Marx has clashed with both the Vatican and more conservative German clerics such as Woelki, but has also been closely involved in Francis' reforming efforts.

He is part of a seven-strong Council of Cardinals who is advising the pope on a general overhaul of the Vatican's administration, and leads the Council of the Economy, which oversees money matters.