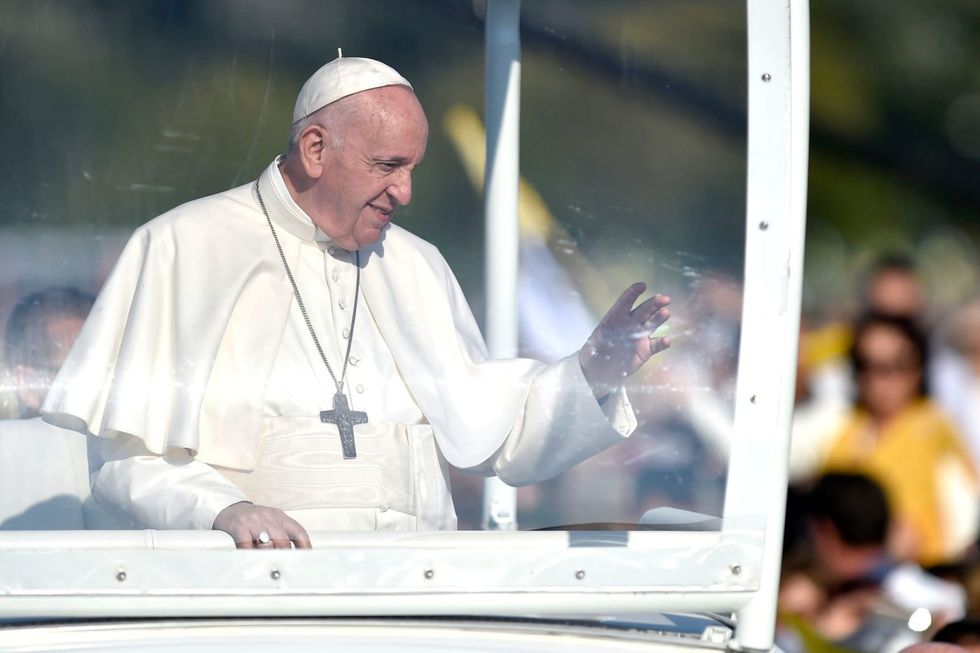 Pope Francis waves to people as he arrives for the Holy Mass at the National Shrine in Sastin, which is known as a pilgrimage site where people come to venerate the statue of the Our Lady of Sorrows. álek Václav/CTK/dpa

Pope Francis again on Wednesday ruled out same-sex marriage in the Catholic Church, in comments to journalists as he returned to the Vatican after spending several days in Slovakia.

Marriage is a sacrament and the Church does not have the authority to change it, the pope said.

He said it was important to help people of other sexual orientations but without imposing things on the Church that did not work there.

Pope Francis referred to government regulations such as the civil solidarity pact in France which permit civil partnerships.

If two people of the same sex want to spend their lives together, governments have ways to support them, through civil ceremonies. "But marriage is marriage," he said.

However, the pope said that did not mean condemning people and that everyone had to be respected. "But please don't force the Church to deny its truth," he said.