In what might be his most extreme display of anger on the House floor to date, Minority Leader Kevin McCarthy Thursday morning attacked Democrats after a man was arrested after calling 911 saying he wanted to kill Supreme Court Justice Brett Kavanaugh.

"How many times do they have to be threatened?" McCarthy yelled, referring to conservative SCOTUS justices, some of whom have faced protests outside their homes in response to a leaked draft showing they will likely overturn Roe v. Wade.

"How many people have to be arrested with a gun outside their home?" McCarthy continued to scream. "What would have happened had he not called 911?"

Justices' homes, per Attorney General Merrick Garland, are being protected 24/7 by armed agents.

"He didn't just have a gun, he had zip ties," McCarthy added.

The Republican Minority Leader who opposes all forms of gun control and has directed his caucus to vote against Democrats' gun control legislation, was roundly criticized.

"Listening to McCarthy yell at the top of his lungs about a threat to a justice that fortunately was foiled, I can't help but compare it to his reaction to a school shooting that left 19 kids dead last month. He never yells like this about gun violence that kills American children."

Others were quick to suggest Supreme Court justices take the same defensive measures Republicans have been advocating for in the wake of the Uvalde, Texas school massacre: fewer doors, more guns and prayers. And still others blamed the Supreme Court itself, with one saying it has turned America into a "shooting gallery." 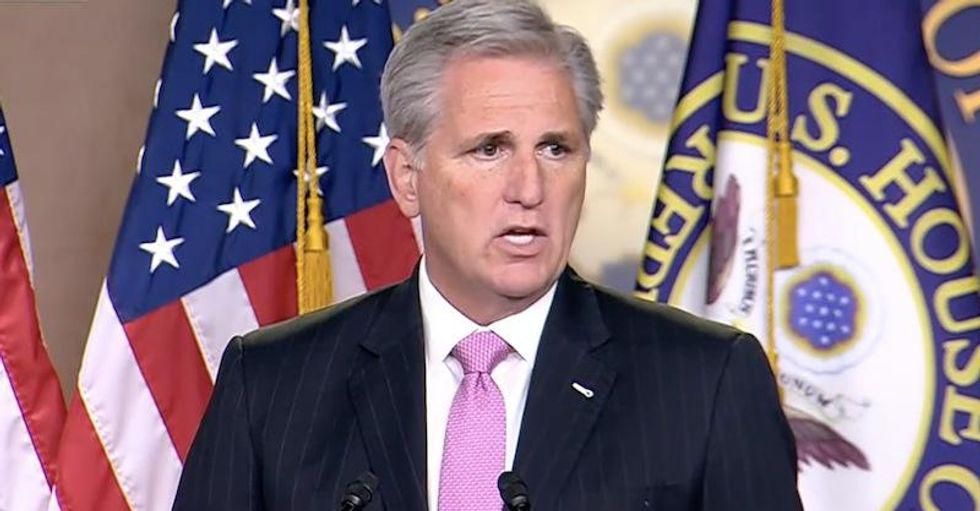