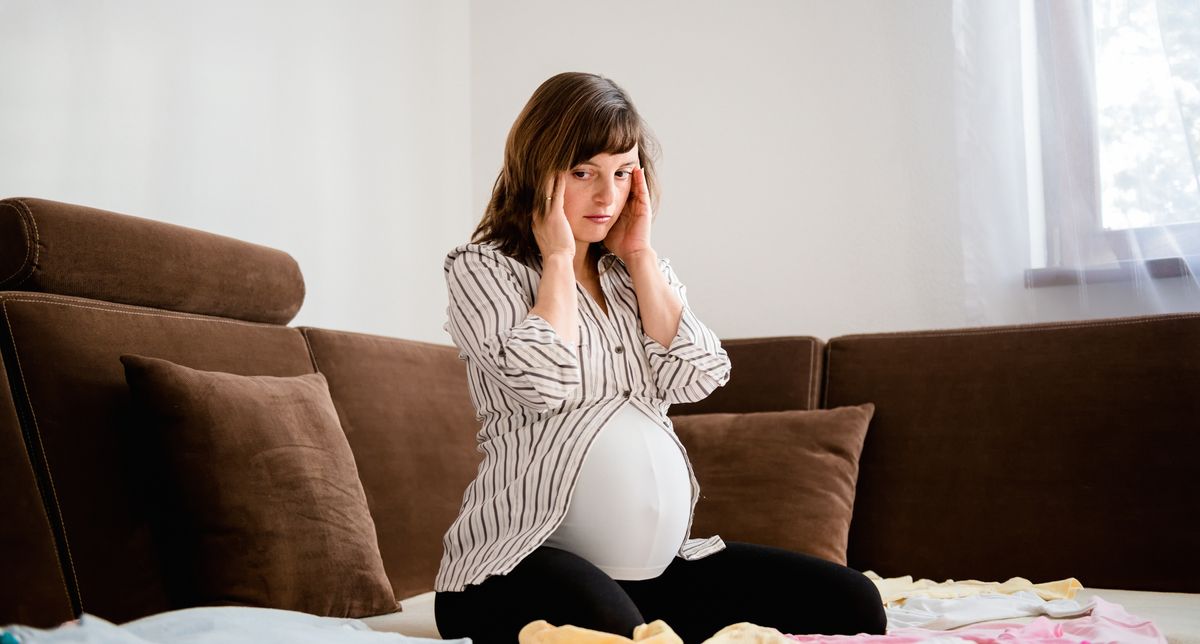 The United States ranks worse than any other wealthy nation for pregnancy-related health, and new data suggests high rates of uninsurance among low-income people could be a reason why.

The research, published Monday in the journal Health Affairs, looks specifically at pregnant people covered by Medicaid, the public insurance program for low-income people. Though eligibility varies from state to state, people can generally qualify for Medicaid coverage even with higher incomes while they are pregnant and can keep that insurance for up to six weeks postpartum.

Experts have long worried that isn't sufficient to ensure healthy births. If people are uninsured before they get pregnant, they could develop conditions that lead to complications in the delivery room. And more than a third of all pregnancy-related deaths actually occur between 45 days and a year postpartum — deaths that are mostly preventable if the person has access to high-quality medical care.

But so far, data has been lacking to show the extent of the problem. The Health Affairs study offers a first look. And the numbers, experts say, are both unsurprising and troubling.

Of people who are covered while pregnant by Medicaid — which insures about half of all the country's births — more than 34.5 percent were uninsured either before pregnancy or between two and six months postpartum, what's known as the perinatal period.

Rates of uninsured people were significantly higher in states that declined the Affordable Care Act's option to expand the qualifying income bracket for Medicaid — about 50 percent were uninsured during the perinatal period. Across racial groups, the uninsured rate was greatest among people identified as Hispanic and who primarily spoke Spanish. About 37 percent indicated they lacked insurance before pregnancy or after giving birth.

“The system has been so focused on the prenatal period because it's when there is lots of health care use, and it's a finite period of care," she said. “But people's lives outside of that period impact health during pregnancy."

Untreated diabetes, hypertension and obesity can result in far worse outcomes for people who give birth but can be managed if someone has regular access to good medical care before conceiving. People without insurance also may not be able to access family planning, making it harder to choose if they even want to get pregnant. (About half of the nation's pregnancies are unintended.)

After delivery, there are concerns about postpartum depression and physical complications. Without insurance, getting treatment for any of those is far more difficult.

“It just really shows the gaps in coverage during this important period," Johnston said.

But the access problems aren't uniform. Johnston pointed to the high percentage of Spanish-speaking people who lacked insurance — a category the researchers used as a proxy to estimate coverage rates for people who had recently immigrated.

That's not surprising, said Kelsie Landers, policy director at EverThrive, an Illinois-based organization that advocates for pregnancy-related health. It's long been clear that people who are recent immigrants are less likely to use public benefits such as Medicaid. It's a consequence, she said, of the Trump administration's four years of anti-immigrant rhetoric, which included a regulatory effort to count use of public benefits such against people's green card applications. (The policy never took effect, and the Biden administration has taken steps toward undoing it.)

And in general, she said, there has been little outreach to ensure that recent immigrants know if they are eligible for Medicaid — meaning they aren't likely to have had regular health care leading up to when they get pregnant.

“The immigration coverage issue is one we've been talking about for a really long time," Landers said.

The recent American Rescue Plan Act took steps toward making more people eligible for some form of health insurance. It gave states the option to extend pregnancy-related Medicaid, so that people could stay insured for a year, rather than six weeks, postpartum. It also included incentives meant to steer more states toward adopting the ACA Medicaid expansion. (Currently, 29 million Americans are uninsured — 2.2 million of them lack coverage because they live in a state that did not expand Medicaid.)

But experts worry that still isn't enough. Not everyone who lacks coverage will be able to afford a health plan. And it's not clear how many states that have declined to expand Medicaid will suddenly change their minds.

Meanwhile, some states, such as Mississippi, have already opted not to extend postpartum Medicaid, meaning pregnant people will still lose that coverage after six weeks. So while caring for a new baby, those new parents will either have to scramble to find new coverage — a cumbersome and often expensive option — or they will stay uninsured.

Health insurance is only one part of the puzzle. The Health Affairs data, for instance, showed roughly equal perinatal uninsurance rates for Black and White people who had Medicaid coverage while pregnant. But pregnancy-related outcomes are far worse for Black people than they are for White — a disparity that plays a large role in the nation's disastrous international health ranking.

Research shows that coverage plays a large role, she added — and evidence has linked higher insurance rates to better health outcomes. But other problems, like implicit bias, also need to be addressed.

“There's more we have to do than expanding access to Medicaid to address racial equity in birth. It's a 'both, and,'" Kozhimannil said.

Data shows that even when White and Black people enter pregnancy with the same health conditions, death is more likely for Black people. Qualitative analyses suggest it's in part because doctors are more prone to misdiagnose or dismiss health concerns when the patients are Black.

“There's not one solution," Landers said. “We need implicit bias training, more perinatal support, more coverage for families — and more ways people can keep their coverage, not just fall off because they didn't check the right box."

Former football star Hershel Walker suggested on Sunday that he wants to be the next Republican senator from Georgia despite being a resident of Texas.

During an interview on Sunday, Fox News host Maria Bartiromo asked Walker if he would try to unseat Sen. Raphael Warnock (D-GA) in 2022.

In a video clip to be shown on NBC's Peacock Network, a former Ku Klux Klan member who said he has put his racism in the past as he runs for office is confronted by NBC's Morgan Radford who points out he is still promoting white supremacists on his social media accounts.

Chester Doles, who is running for a spot on the Lumpkin County Board of Commissioners in Georgia, and heads a far-right group called American Patriots USA, has previously been photographed with former Republican Senator Kelly Loeffler during her losing campaign.

Sitting down for an interview with Radford, Doles scrambled to defend social media posts promoting a neo-Nazi and the fact that so many of his followers still seem to be virulent racists.

During one exchange, when confronted about neo-Nazis who support him, Doles offered that he couldn't explain why they are "attracted to him."

"I don't know. Maybe they are good people as far as being good American citizens," he offered.

"Can you be a good person with a swastika and white power?" he was asked.

"I don't look into people's personal -- what they are all about," he attempted.

Abortion rights are under attack. But ethics education can help — and defenders of abortion rights should recognize this, before it's too late.