Prince of House of Hanover on trial in Austria 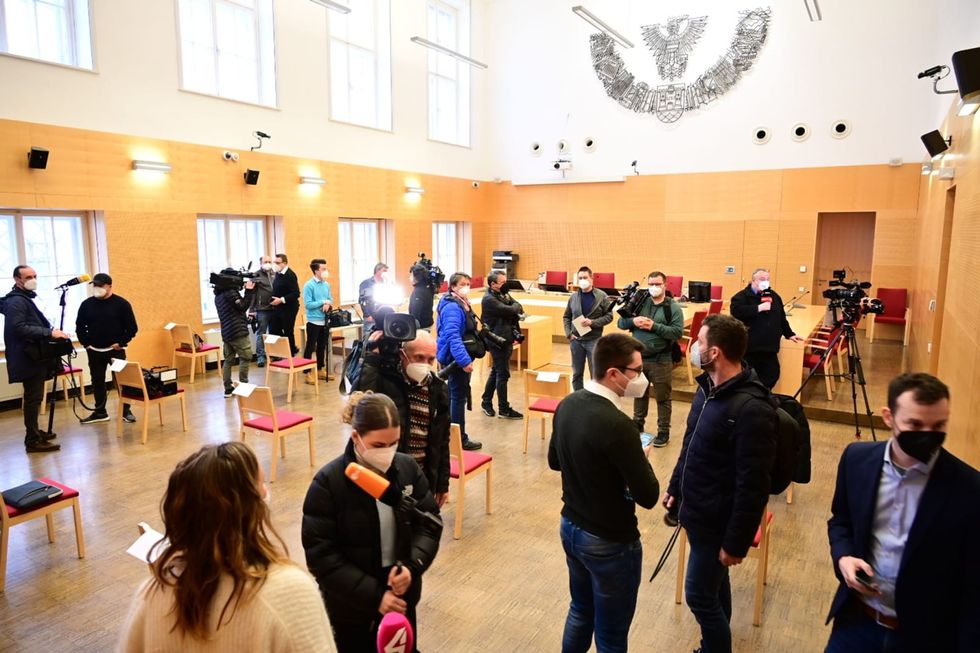 Prince of House of Hanover on trial in Austria - Media representatives wait before the start of the trial against Prince Ernst August of Hanover at the regional court where the head of one of Europe's oldest royal families is facing charges including resisting state authority and grievous bodily harm. - Fotokerschi.At/Werner Kerschbaum/APA/dpa

The head of one of Europe's oldest royal families, Prince Ernst August of Hanover, is on trial in Austria on Tuesday on charges including resisting state authority and grievous bodily harm.

The 67-year-old is alleged to have incapacitated himself with alcohol and medication in his hunting lodge and, in this state, to have injured a police officer and threatened another officer and employees, among other things.

If convicted, he could face a sentence of up to three years in prison.

The trial has garnered widespread interest in Austrian and German media. Several witnesses and a psychiatric expert have been called to testify.

Ernst August is a great-grandson of the last German emperor, Kaiser Wilhelm II.