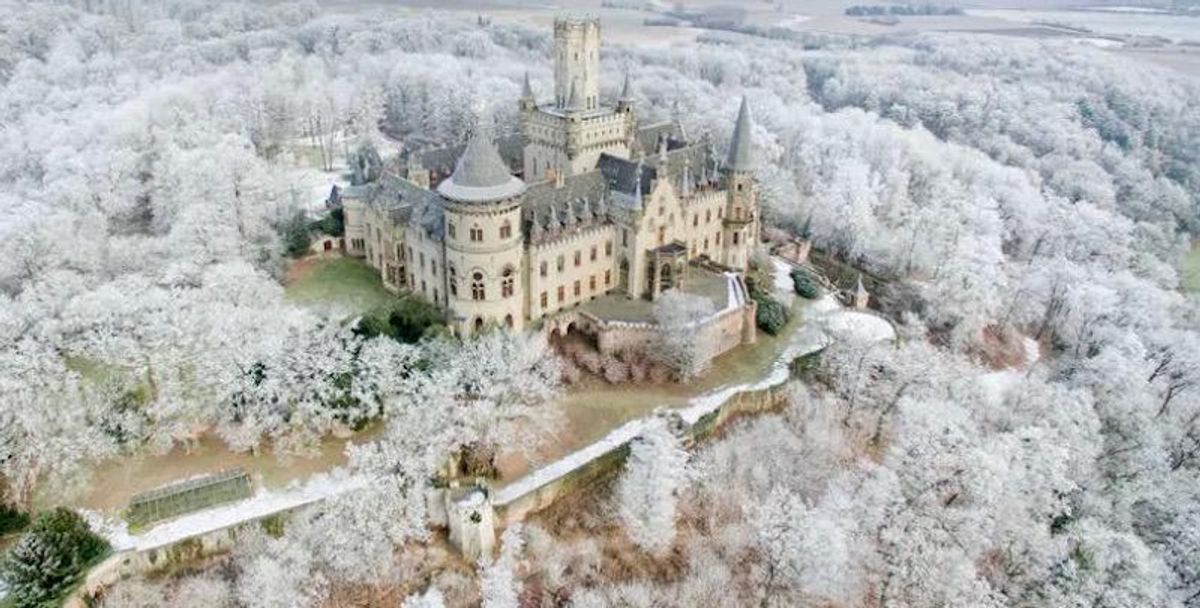 Prince Ernst August of Hanover, the husband of Princess Caroline of Monaco, is suing his son to win back control of a German castle and prevent it from falling into public hands, a court said Tuesday.

Ernst August, 66, gave his son the fairytale-like Marienburg castle and several other properties between 2004 and 2007, but now wants them back citing "gross ingratitude", the district court of Hanover said in a statement.

It is the latest public spat to hit the aristocratic family, whose patriarch has over the years been nicknamed "the party prince" and even "the brawling prince" over his jetset lifestyle and drunken escapades.

According to the court statement, Ernst August filed a lawsuit at the end of last year seeking to revoke the gifts of Marienburg Castle, the Calenburg manor house and a royal property in Herrenhausen.

He accuses his son, Ernst August junior, of acting against his wishes and going behind his back by offering Marienburg Castle to the state of Lower Saxony as public property -- partly because of the huge costs of maintaining the mid-19th century Gothic-style building.

The plaintiff, who lives in Austria, also accuses his son of improperly appropriating artworks and antiques owned by the family.

Ernst August senior estimates the total value of the disputed properties and items at some five million euros, the court said.

Ernst August junior, 37, told German news agency DPA that the case had no merit, saying all the arguments raised "have already been invalidated out-of-court in the past".

He said the deal struck to transfer ownership of Marienburg Castle to the regional authorities of Lower Saxony was "legally secure".

"There's nothing that stands in the way of the long-term preservation of Marienburg as a central cultural monument of Lower Saxony, open to all," he said.

The court has not yet set a date for a hearing.

Ernst August senior has been feuding for years with his son over the family's royal properties.

So severe was the spat that he declined his official consent to his son's 2017 marriage to Russian-born fashion designer Ekaterina Malysheva and stayed away from the wedding.

Princess Caroline, who has been separated from her husband since 2009, did attend the nuptials.