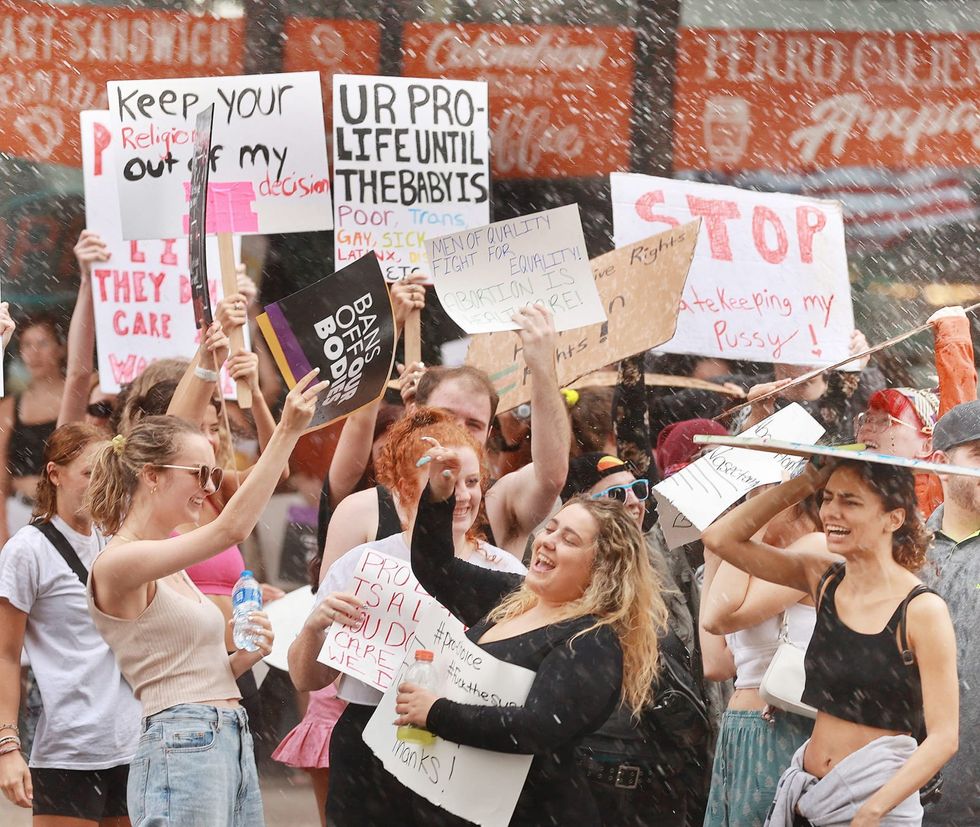 Demonstrators chant and hold signs in the rain during an abortion rights rally in downtown Orlando, Florida, on June 27, 2022. - Stephen M. Dowell/Orlando Sentinel/TNS

Retired cop rants about Jan. 6 being a ‘phony’ communist attack after he’s outed as an Oath Keeper

Two retired Indiana police officers have been named in a leak connected to the Oath Keepers militia group, WLFI reports.

The group Distributed Denial of Open Secrets leaked about 5 gigabytes of data from the servers of the far-right group. As WLFI points out, the unidentified former officers haven't been arrested or charged.