Ex-Olympic boxer charged with killing lover and his unborn child 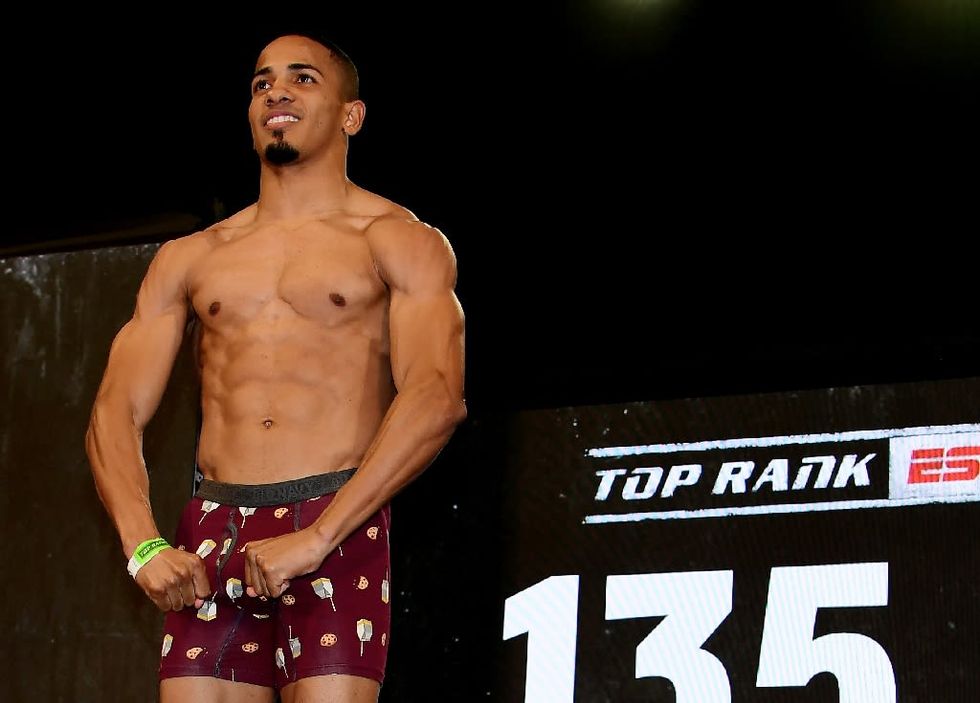 Felix Verdejo, seen here at the weigh-in for a 2019 fight in New York, has been charged with killing his pregnant lover

San Juan (AFP) - Puerto Rican former Olympic boxer Felix Verdejo was charged Monday with killing his lover and their unborn child, in a case that has ignited anger over violence against women in the US territory.

Verdejo appeared for a virtual hearing in the federal court in San Juan, where the judge charged him with three counts of kidnapping and murdering Keishla Rodriguez, who was pregnant at the time.

The judge, Camille Velez, ordered that the 27-year-old Verdejo be held without bail ahead of a plea hearing, reported local newspaper El Nuevo Dia.

A federal complaint obtained by AFP stated that Verdejo, who is married and was also in a relationship with Rodriguez, allegedly kidnapped the victim on April 29 after she told him she was pregnant.

Verdejo asked another person, whom the affidavit refers to as a "witness", for help in terminating Rodriguez's pregnancy.

Verdejo -- who in his career won 27 fights, 17 by knockout -- "punched the victim in the face, and she was injected with a syringe filled with a substance," stated the affidavit of the FBI agent who led the investigation.

He and the witness then tied Rodriguez's hands and feet with wire, and tied her to a block.

Then they drove to a lagoon in San Juan, where she was "tossed off the side of the bridge and into the water," the affidavit said.

Verdejo then shot Rodriguez when she was already in the water.

The FBI found evidence that Verdejo and Rodriguez, 27, had communicated by phone on the day of the abduction. A security camera shows a car similar to the boxer's standing on the bridge.

Rodriguez had been reported missing on Thursday and her body was found in the San Jose lagoon on Saturday.

Her family had blamed the boxer for her disappearance and later her death.

The case sparked protests in Puerto Rico, whose governor, Pedro Pierluisi, declared a state of emergency in January due to violence against women.

Verdejo represented Puerto Rico in the London 2012 Olympic Games, and that same year began his professional career in the lightweight category.

The boxer, whose career suffered after a motorcycle accident in 2016, could face the death penalty if found guilty on the charges.

On Thursday, the day when Rodriguez went missing, Puerto Rican authorities also found the charred body of another woman, Andrea Ruiz, in the town of Cayey.

A 40-year-old man, whom she had previously filed a complaint against, was arrested two days later.

"Here there is a sexist violence that comes from the past, which must be attacked head on," said Pierluisi at a press conference Monday. "It is a culture that must be corrected."