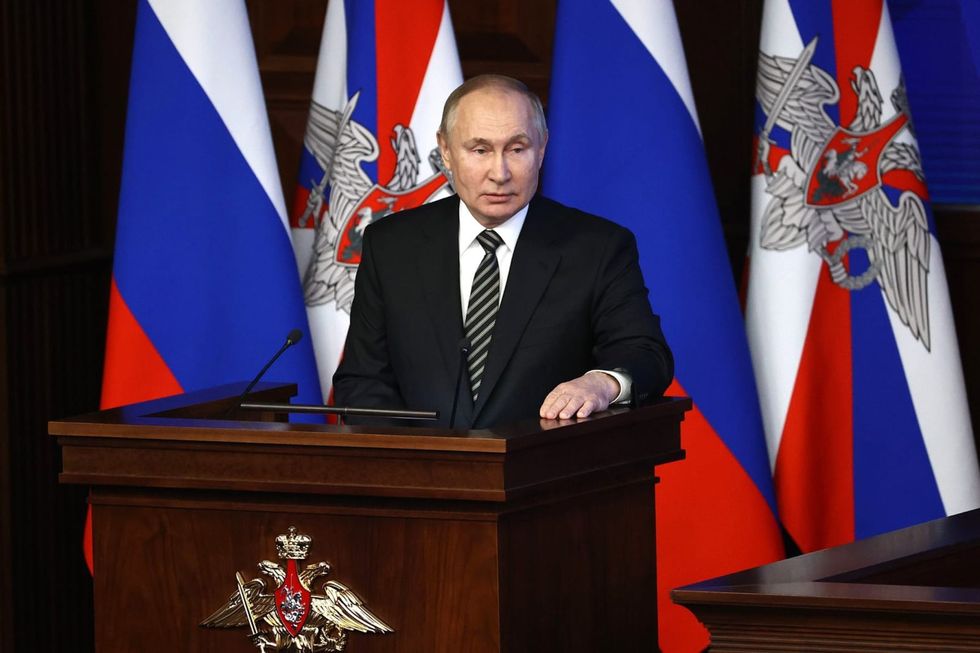 Russian President Vladimir Putin delivers a speech during the Expanded Meeting of the Russian Defence Ministry Board. -/Kremlin/dpa

Russian President Vladimir Putin has not said how he will react if his demands for security guarantees from NATO regarding its eastward expansion go unmet.

The answer would depend "on the proposals that our military experts submit to me," Putin told state television on Sunday.

Russia would try to achieve a legally binding result in these negotiations, he said.

A week ago, Moscow handed NATO and US representatives a draft agreement demanding an end to NATO's eastward expansion, calling this a threat to Russia's security.

Moscow also seeks a categorical guarantee that NATO will not accept Ukraine as a member, a demand that the alliance has rejected in the past.

Talks are initially due to be held with US officials in January, according to Moscow. Putin said on Thursday that Russia expects swift results.

Reports about alleged Russian preparations for an invasion of Ukraine have been causing international concern for weeks. Russia has repeatedly denied such accusations.

The European Union and NATO had threatened Moscow with harsh consequences in the event of a military escalation, with Russia responding with demands that NATO promise not to expand eastwards.