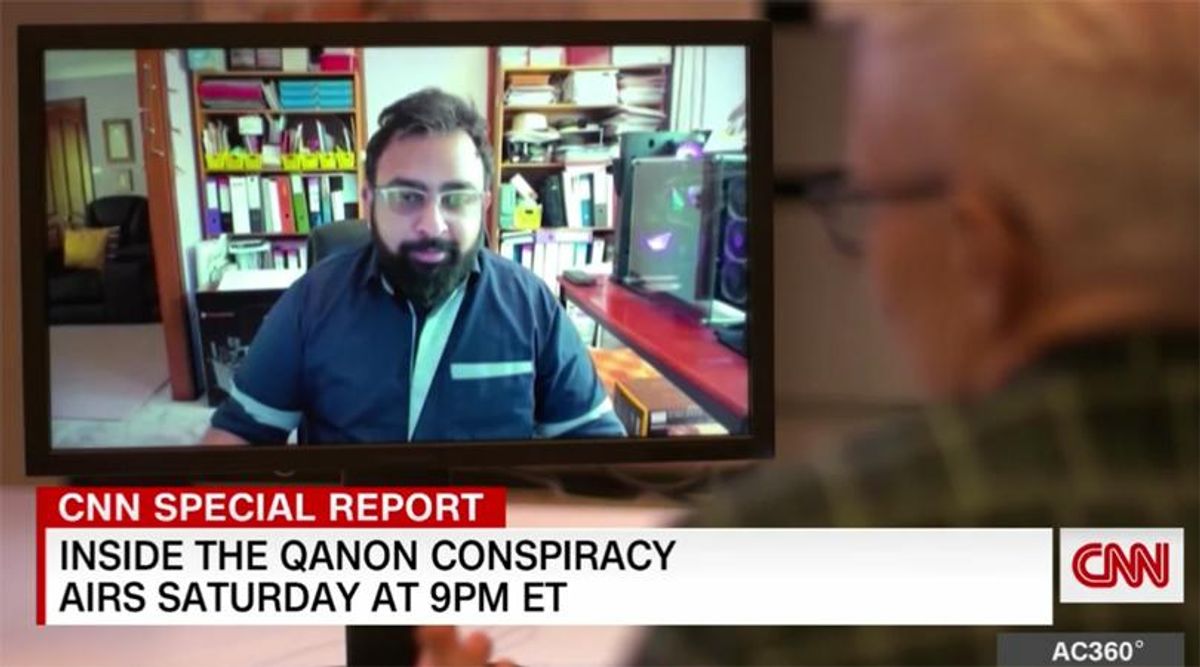 A former QAnon follower recently sat down for an interview with CNN's Anderson Cooper where he shed light on a number of bizarre beliefs he had based on the far-right conspiracy theory.

According to the Huffington Post, a new clip of the interview has been released with highlights of Cooper's conversation with Jitarth Jadeja. One part of the segment focused on Jadeja disturbing former beliefs and Cooper asked if he really believed Democratic leaders were eating babies.

"Did you, at the time, believe that Democrats, high-level Democrats, and celebrities were worshipping Satan, drinking the blood of children?" Cooper asked Jadeja.

Jadeja actually offered a shocking response to Cooper's question. He admitted that he believed Cooper was the one eating babies as he offered words of apology for his incorrect stance. "Anderson, I thought you did that," Jadeja responded. "And I would like to apologize for that right now. So, I apologize for thinking that you ate babies. But, yeah, 100%."

When asked for clarity, Jadeja said, "Yes, I did," as he went on to reveal that some of his QAnon followers also believe that Cooper is not a real person, but rather "a robot."

Jadeja also recalled his initial beliefs of QAnon which were focused on a number of conspiracy theories including the involvement of military intelligence and even "blue aliens."

"I at one stage believed that QAnon was part of military intelligence, which is what he says," Jadeja recalled. "But on top of that, that the people behind him were actually a group of fifth dimensional intra-dimensional extra terrestrial bipedal bird aliens called blue aliens."