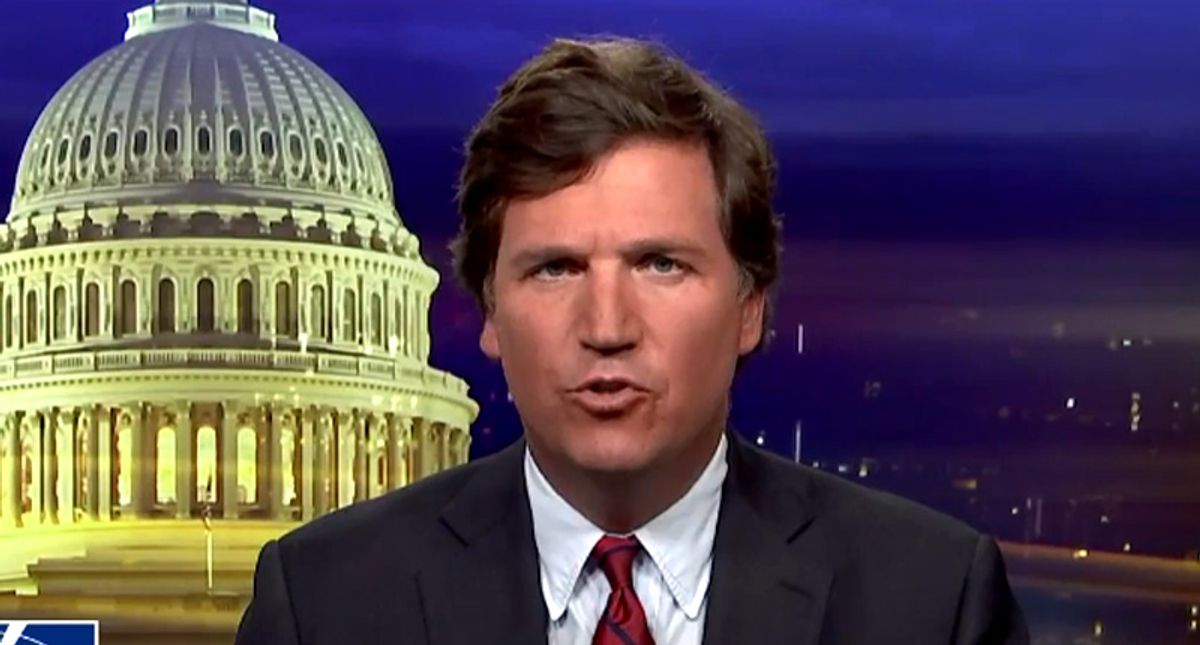 Fox News host Tucker Carlson's Friday night segment caused quite an uproar on social media as Twitter users could not wrap their heads around his seemingly odd remarks in defense of QAnon believers.

"Do you ever notice," Carlson said his audience, adding, "How all the scary internet conspiracy theorists – the radical QAnon people – when you actually see them on camera or in jail cells, as a lot of them now are, are maybe kind of confused with the wrong ideas, but they're all kind of gentle people now waving American flags? They like this country."

At one point, he even fired off on Democrats and the media arguing that

"By the time night fell and the city remained quiet," he said, "except, of course, in the poor neighborhoods where people are still shooting one another in ever-growing numbers and no one is noticing, MSNBC had decided that, in fact, they had saved the day."

Carlson also said went further by comparing QAnon believers to Black Lives Matter protesters. According to Carlson, those who follow QAnon were "not torching Wendy's. They're not looting retail stores. They're not shooting cops. No, that's not them, it's the other people doing that."

The controversial segment was not missed by social media users. In fact, shortly after the segment aired, Twitter users quickly fired back with criticism toward Carlson. One Twitter user wrote, "When you make insane comments about Qanon "being gentle people" that is like saying Ted Bundy was a nice guy, after all, he did at one time work the suicide hotline..and Jeffrey Dahmer was hungry and just looking for a snack! You are MORON!!!"

@TuckerCarlson When you make insane comments about Qanon " being gentle people " that is like saying Ted Bundy was… https://t.co/lZD1tx50X7
— diane trant (@diane trant)1615051997.0

Carlson has not yet responded to the backlash about his remarks.