Can Trump's QAnon followers be deprogrammed? 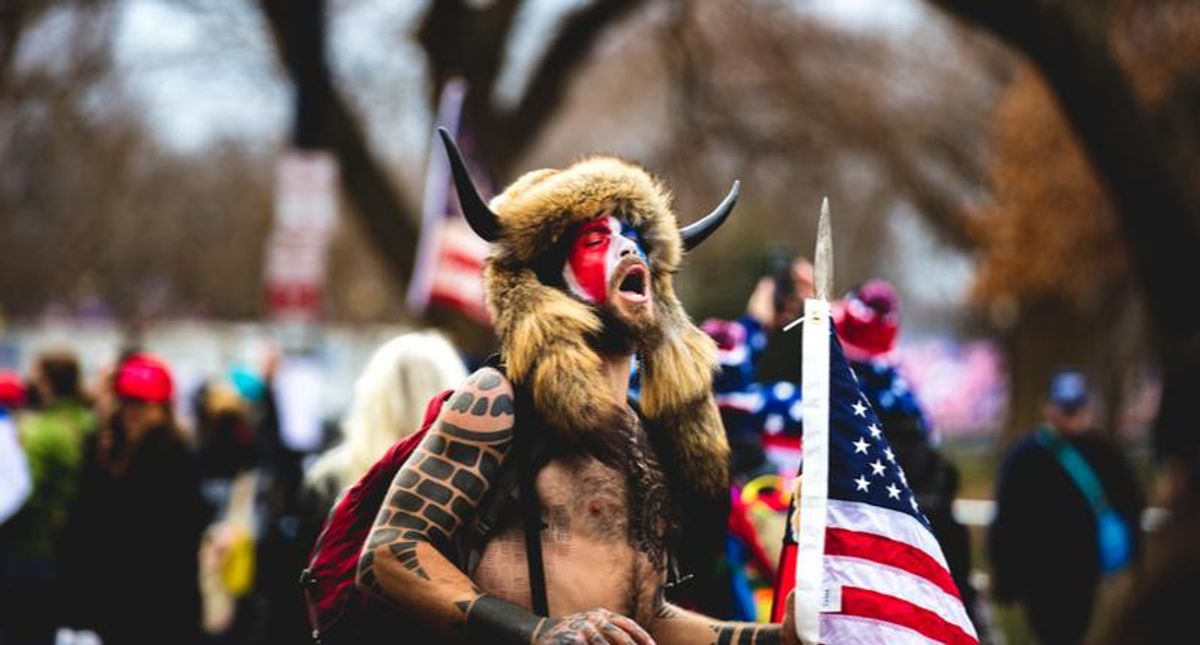 No one in 2017 could have imagined that QAnon — an inscrutable right-wing conspiracy theory that alleges that an underground global elite of pedophilic Satan-worshippers plotted to take down President Donald Trump — would have found so many adherents. What started as a strange series of posts on anonymous forums in 2017 culminated in a violent riot in the U.S. Capitol nearly three years later.

Aside from its toxic effect on U.S. politics, the conspiracy theory's other side effects are profoundly personal: marriages and families have been torn apart because of QAnon, as thousands of Americans have watched their loved ones fall into its madcap delusions. Many of those whose family members have fallen victim to QAnon have banded together in support groups. As Salon previously reported, a Reddit group called QAnonCasualties has become a haven for 136,000 people to commiserate over loved ones consumed by QAnon.

Recently, a "sister" Reddit group to QAnonCasulaties, called ReQovery, was created not for family but for former believers themselves — ex-QAnon adherents looking to vent and provide emotional support. With a mere 8,100 followers, this new support group is not nearly as active as QAnonCasulaties. Still, the flurry of forum activity does show that people who have fallen for QAnon can recover — even if the path isn't quite yet clear.

Indeed, what makes "treating" QAnon tricky is that it technically doesn't neatly fit into the idea of a cult. That's a conundrum for therapists. Indeed, while there is a well-defined routine for cult recovery, there isn't quite the same for something like QAnon, which is in a gray area.

Cults are usually defined by devotion toward a particular figure or object; whereas those who go down the QAnon rabbit hole find themselves sucked into a baseless conspiracy theory that Satan-worshipping pedophiles in the "deep state" are seeking to undermine former President Donald Trump. Likewise, nobody knows exactly who is the leader of QAnon, and there isn't direct devotion to "Q."

Still, there are a lot of similarities between QAnon followers and cultists. So while there's a definitional debate around what QAnon is (and certainly some would argue it is a cult), there is a consensus that it's destructive to many people's lives. Once people get so far into it, they're living a life that's no longer grounded in reality and that can be destructive to themselves and the people around them.

In this context, approaching QAnon recovery like it is a cult is useful, experts say. Cult recovery experts — who are being inundated with calls from people desperate to help their loved ones — tell Salon recovery is possible, but not for everyone. That's because for many victims, QAnon beliefs are tied to an undiagnosed mental health disorder like schizophrenia or bipolar disorder.

Rachel Bernstein, a Licensed Marriage and Family Therapist (LMFT) and host of the Indoctrination Podcast, said there are a couple of different "predictors" that will help determine whether or not a QAnon follower will be able to "bounce back." The first is if they are willing to tolerate having a conversation about their loved ones' concerns.

"That's the first challenge," Bernstein said. "There's a pervasive defensiveness that actually gets transposed into offensiveness, and you can have a lot of aggression and a lack of tolerance for being what they think is being questioned or insulted."

Bernstein said the first barrier is trying to defuse what is often a charged environment, and turn it into a safe and open forum. But if that happens, the next step is to better understand what motivates that individual to be part of QAnon — which is crucial to bringing them back from it.

"The key is to understand what about QAnon interests people, and why they believe it, and what their motivation is," Bernstein said. "For some people, they really do believe it's the way to save the children; for other people they think that it's a way to feel like they're doing something, some way to be taken seriously — they feel like they hadn't been taken seriously before."

Bernstein said she has talked to a number of ex-QAnoners who said they didn't have a lot going on in their lives, and that they wanted to feel connected to something "greater than themselves."

For those who followed QAnon because they were motivated by a promise to "save the children," Bernstein said that the best approach is to commend their intentions, and then point them to the facts in a kind and understanding way. One of QAnon's biggest baseless conspiracy theories dates back to Pizzagate.

"You can say 'that's a wonderful idea and there should be more people like you who care,' but let's look at the documents and see the numbers and stats," Bernstein explained, adding that the idea is to show that QAnon isn't helping children while directing them to organizations that actually are.

Bernstein said an indicator that someone is likely not to recover is if that person is prone to conspiratorial and paranoid thinking. This type of person will likely be drawn to the conspiracy du jour, she noted.

Other experts approach QAnon recovery differently. Patrick Ryan, a cult intervention specialist, said he approaches his patients by seeking to understand what else is going in their life, starting with studying their family situation. Like Bernstein, Ryan has been working with families struggling to help loved ones who have become QAnon followers.

"We look at the entire family system, we look at the history of mental illness and families, and we look at, 'what is going on in the people's lives?'" Ryan explained. Incidentally, this is why he starts the process with extensive interviews with all family members involved.

Ryan recalled an incident with a family in which the QAnon adherent had previously been a Scientology follower; likewise, that patient's mom was schizophrenic. These clues help therapists piece together a broader picture.

Hence, recovery is a bespoke process, as Daniel Shaw, a psychoanalyst who specializes in cult recovery, attested.

"Coming out of delusional states is different for each person, how it happens, when it happens," Shaw said. "And it really depends on the ways in which family and friends and loved ones are interacting with that person, expressing concern, listening, wanting to be involved, and understanding and hearing what they have to say— and those efforts may or may not be successful."