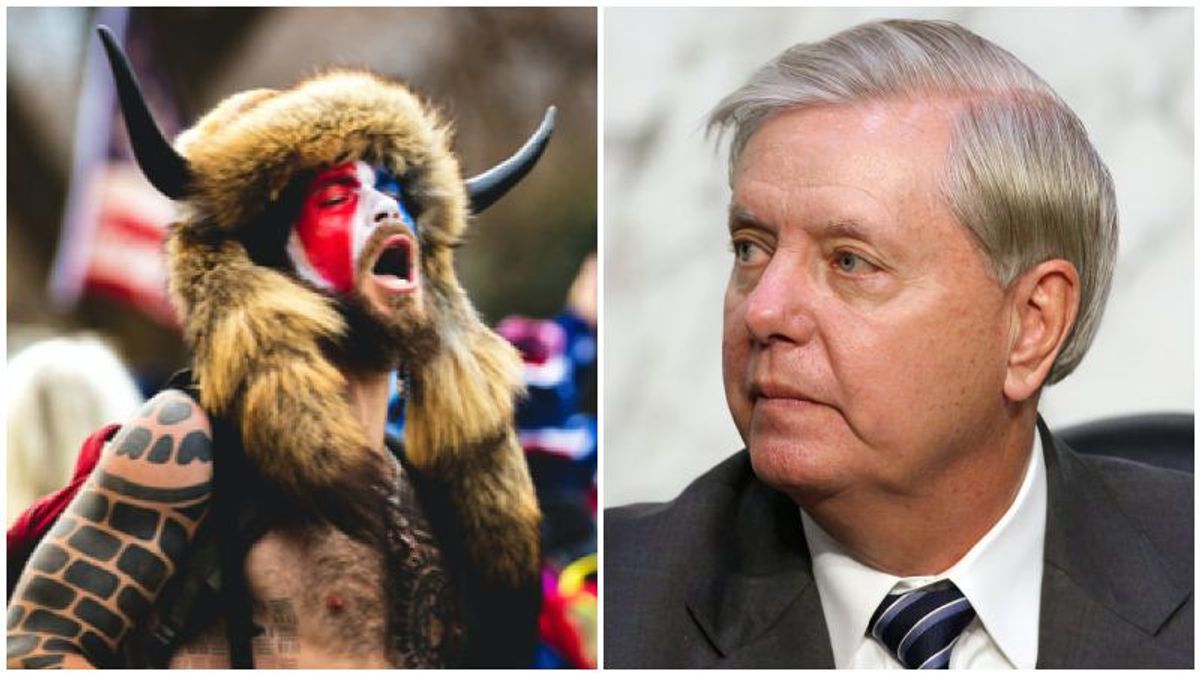 According to reports, the lawyer for Jacob Chansley, also known as the "QAnon Shaman," has offered to have his client testify at Donald Trump's upcoming impeachment trial.

According to Chansley's lawyer Al Watkins, Chansley was "horrendously smitten" by Trump. "He felt like he was betrayed by the president," Watkins added.

But according to Sen. Lindsey Graham, having Chansley testify would just turn the trial into a "circus."

"I cannot think of a better way to turn the upcoming impeachment trial into a complete circus than to call the QAnon Shaman as a witness on anything," Graham tweeted this Friday.

The House impeached President Trump without a witness. If we open the witness door in the Senate there will be l… https://t.co/iomf3xO82U
— Lindsey Graham (@Lindsey Graham)1611953479.0

According to Law&Crime, Watkins' defense strategy is "not unlike that of a criminal defense attorney who seeks leniency for a client after the client testifies truthfully and favorably against other alleged conspirators in a criminal case."