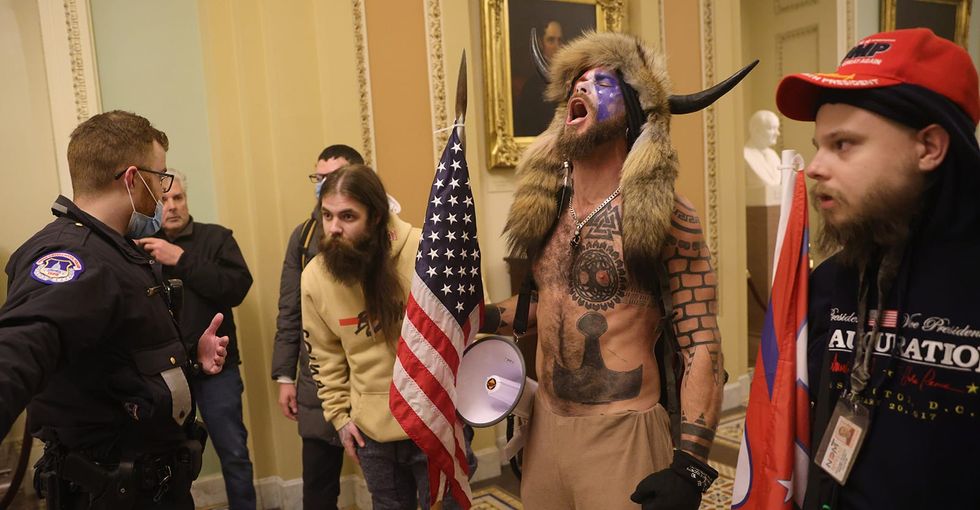 He’s gonna have to ditch the antlers for that prison stint. The so-called “QAnon Shaman” could face more than four years in prison when a judge sentences him for his role in invading the Capitol on Jan. 6. Prosecutors asked a federal judge to sentence Jacob Chansley to 51 months in prison, the toughest recommendation yet in any case stemming from the violent insurrection effort. The conspiracy theory adherent went shirtless and infamously donned a headdress with antlers while leading thousands of screaming attackers who overwhelmed police and marauded through the Capitol. “Chansley’s now-famou...