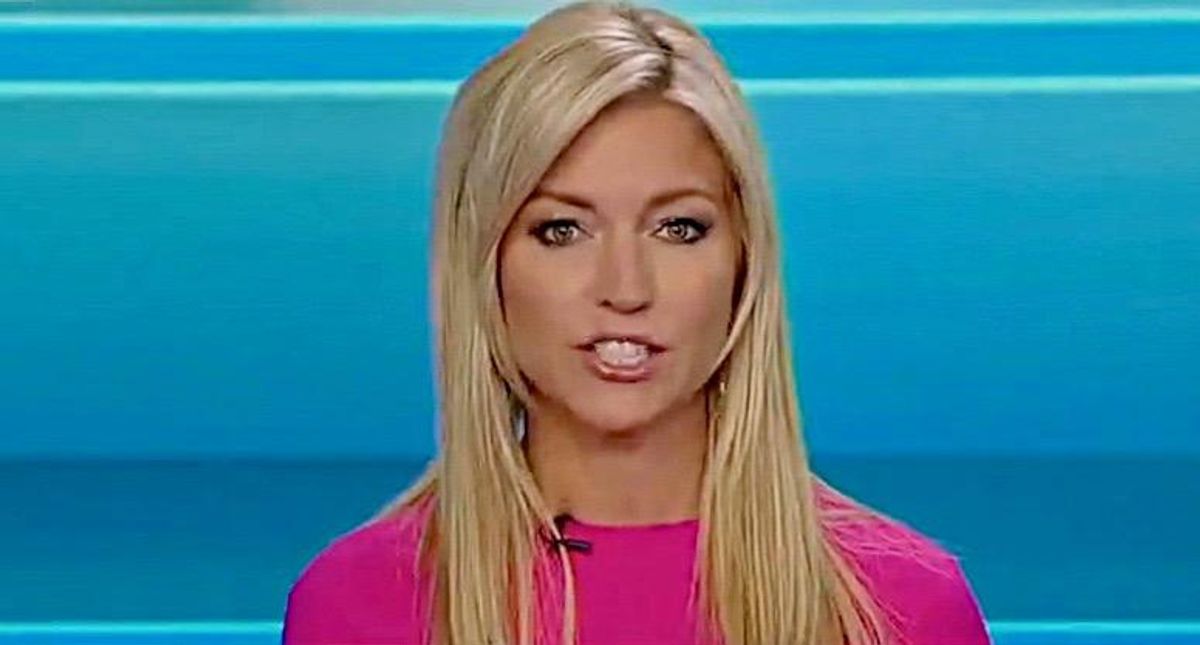 Ainsley-Earhardt Fox and Friends (Screen Capture)
"Fox & Friends" is defending what it is calling "conservative voices" and "conservative speech" by denouncing Twitter expunging 70,000 accounts tied to extremist groups like QAnon. Friday morning the Fox News morning show declared these extremists peddling often dangerous conspiracy theories and lies about the election are important voices of "truth" in the national conversation, which is false. "It's very scary as to how this is going to affect you," co-host Ainsley Earhardt told viewers, "because they're trying to shut down voices so that you don't know the full story, and you can't make a decision based on truth." QAnon conspiracy theorists believe "the world is run by a cabal of Satan-worshiping pedophiles who are plotting against [President] Trump while operating a global child sex-trafficking ring," The New York Times reports. "Many of them also believe that, in addition to molesting children, members of this group kill and eat their victims in order to extract a life-extending chemical from their blood." That's just a small portion of what QAnon followers believe. Earhardt also ginned up fear by telling Fox News viewers that "they're not going to give contributions, campaign dollars to certain Republicans anymore." "They" appears to be the dozens of corporations that have announced they will no longer donate to any of the 147 congressional lawmakers who voted try to overturn the free and fair presidential election last week. And although Earhardt neglects to tell Fox News viewers, a number of companies have also announced they are stopping all political campaign donations for the time being. Watch: