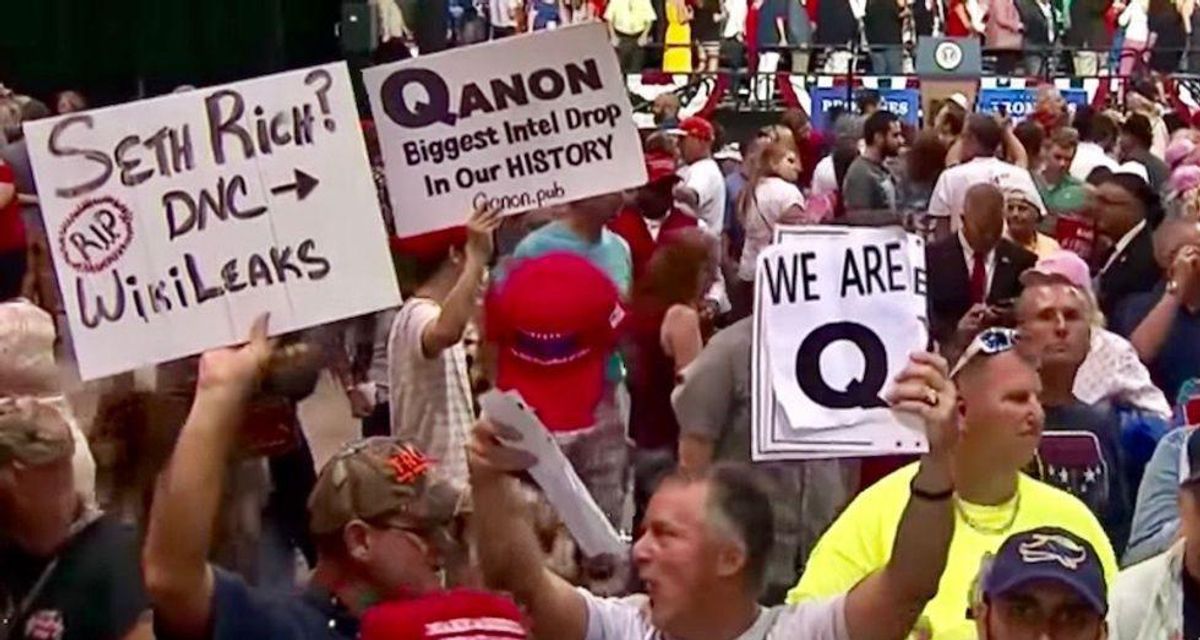 The shift is fueled by a belief among some of the conspiracy's more militant followers that they "can no longer 'trust the plan" set forth by its mysterious standard-bearer, known simply as "Q," according an unclassified FBI threat assessment on QAnon sent to lawmakers last week, which was obtained by CNN.

This might lead followers to seek to harm "perceived members of the 'cabal' such as Democrats and other political opposition -- instead of continually awaiting Q's promised actions which have not occurred," according to the assessment.

CNN also reports FBI Director Christopher Wray "made clear the bureau is not investigating" the QAnon movement, but only crimes committed by its adherents.