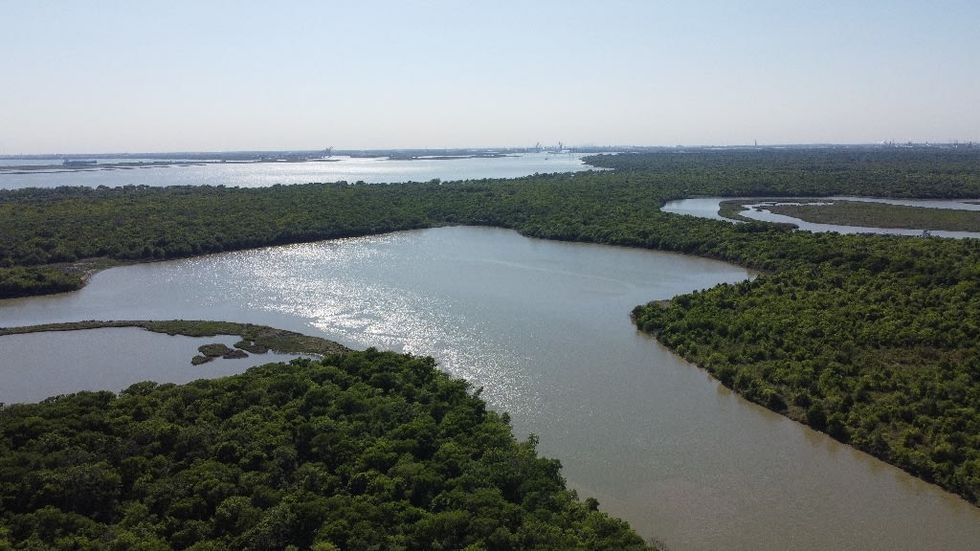 Houston (AFP) - Racist and offensive Texas place names are holdovers from a dark past, but they are poised to finally change as a reckoning on how white America treats Black people washes over the United States.

Though state lawmakers sought to officially rename a series of features in 1991, that change was stymied, and decades later places like "Negrohead Lake" or "Negro Creek" still carry their derogatory monikers.

While Texas fought on the side of the slavery-supporting Confederacy during the nation's civil war, today it is a state where non-Hispanic white people are in the minority.

A vote by a federal panel that is set for next month could finally officially rebaptize 16 Texas places whose names include the word "negro", a once common description that many now see as outdated and offensive.

In 1991, as a state senator, Ellis carried a bill to have those names removed. But he didn't follow up, saying: "I thought passing a law was enough."

However the power to officially change the titles of features like lakes and rivers belongs to a federal panel called the US Board on Geographic Names that is due to revisit the matter on June 10.

The panel had voted against the changes in 1998, after waiting years to consider the question. Their explanation?

They cited "a concern that there had been no consultation with local governments, nor did the (1991) legislation provide any biographical details" on the people whose names would be given to the features, board geographer Jennifer Runyon told AFP.

Under the rules, applicants are supposed to show a link between a place and any person for whom it would be named.

But, Runyon said no follow up on those questions was ever submitted to the bureau after its rejection.

That changed in late 2020 when the panel got a media query about the names, which then led to Ellis, the Harris County commissioner, pushing to get the changes reconsidered.

Runyon said the panel agreed, in part, because the state has not been using the old names for close to 30 years now, "along with the renewed interest in the matter".

Under the proposal, Negrohead Lake, which is near Houston, would be rebaptized Lake Henry Doyle for the first African American law student to attend a public university in Texas.

It is impossible to say how the board will vote, but its members will do so in a remarkably different context than they did decades ago.

Runyon said they have "definitely seen an increased interest in the matter", primarily via media queries into the process of changing offensive names.

At the same time, the panel is under the Department of Interior, which is led by Deb Haaland, the first Native American to be a US cabinet secretary.

She served peviously in Congress, where she proposed a bill in September to "review and revise offensive names" of federal government properties.

Legislation aside, the panel is expected to soon look at whether "squaw", a pejorative word for Native American women, should still be part of the name of two mountain peaks and a valley in the state of Oregon.

"We should use public spaces to honor people that inspired us, Rodney Ellis told AFP.

For him, the change in Texas is only the beginning.