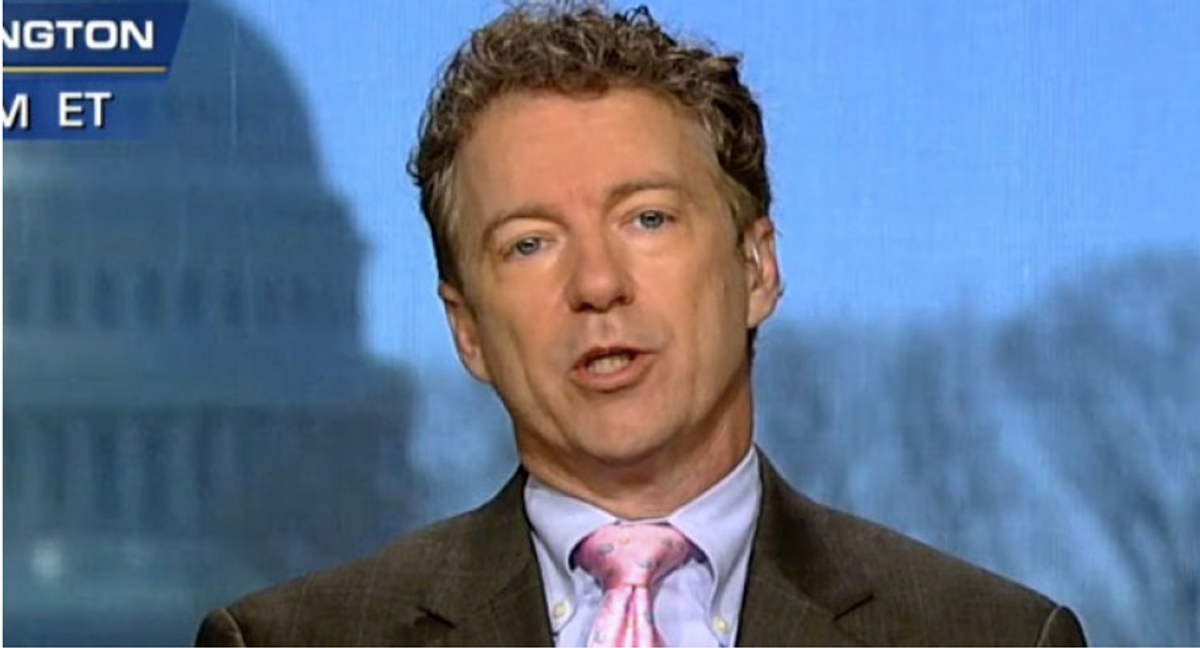 U.S. Senator Rand Paul has been suspended from YouTube for one week, after making false claims about face masks, CNN reports.

The science-denying Kentucky Republican who often touts his status as a medical doctor has repeatedly made false or misleading claims about face masks, as he did in a statement responding to the suspension on Tuesday, titled, "Dr. Rand Paul Blasts YouTube for Continued Censorship."

“I think this kind of censorship is very dangerous, incredibly anti-free speech, and truly anti-progress of science, which involves skepticism and argumentation to arrive at the truth," said Dr. Paul. “As a libertarian leaning Senator, I think private companies have the right to ban me if they want to, so in this case I'll just channel that frustration into ensuring the public knows YouTube is acting as an arm of government and censoring their users for contradicting the government."

As above, Senator Paul ignored his title as a representative of the people of Kentucky and opted to use his medical title. Paul is not an immunologist, virologist, or even a general practitioner; he is an ophthalmologist but insists his medical expertise is better than the experts at the Centers for Disease Control and Prevention (CDC), National Institutes of Health (NIH), or the National Institute of Allergy and Infectious Diseases (NIAID), which is headed by his nemesis, Dr. Anthony Fauci, who he names in his response.

Senator Paul insists cloth masks don't protect the wearer from contracting the coronavirus, but CDC guidance from day one has said the masks are primarily to protect others from the wearer. If everyone wears a mask, everyone is protected.

On Monday The New York Times published an op-ed by two medical professors who studied one million children and determined that next to vaccinations, "universal masking [is] one of the most effective and efficient strategies for preventing SARS-CoV-2 transmission in schools." Children under 12 cannot be vaccinated, so masking is currently the best alternative – but it has to be mandatory.

Senator Paul, like most Republicans, denies the mountains of evidence that masks work, and even refused to wear one after being the first Senator to contract COVID-19 after he returned to work.