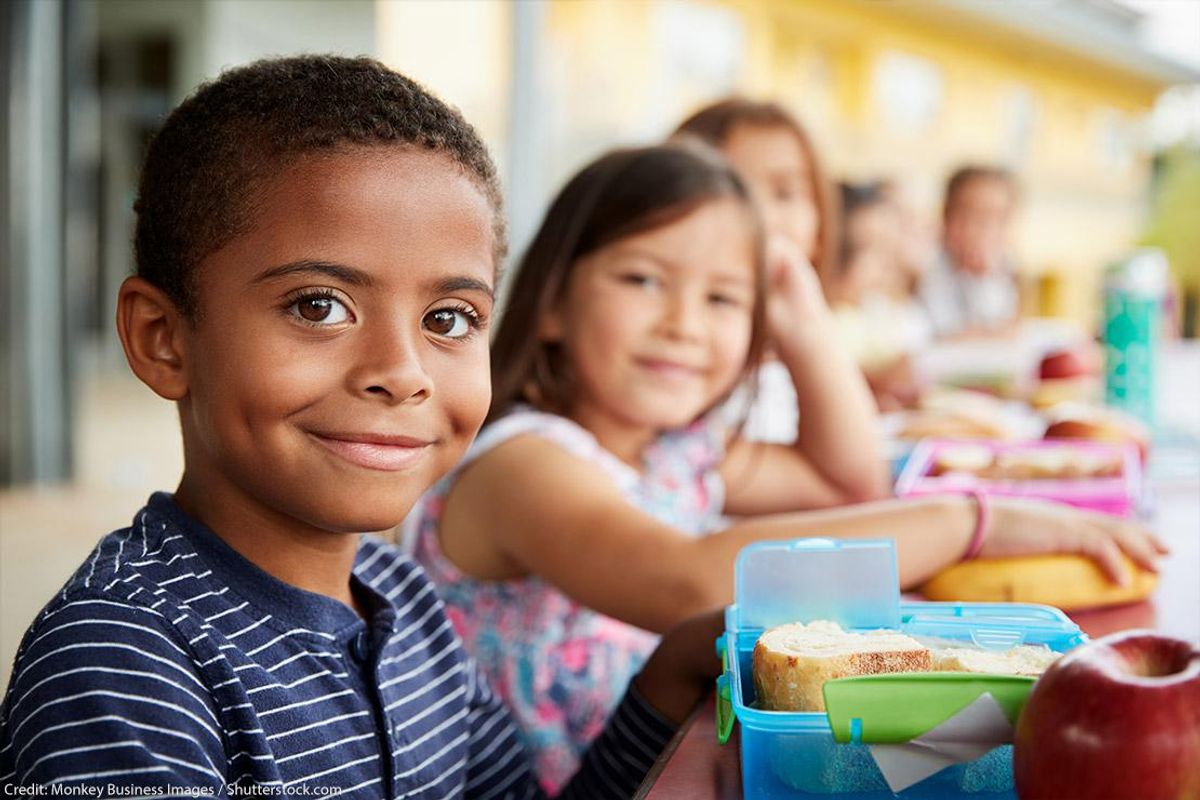 *This op-ed was originally published in Newsweek

Two children could be born on the same day in Anytown, USA.

Both born to loving families, healthy and at an average weight of seven pounds. However, one child is born into poverty and the other is not. The child born into poverty is more likely to experience toxic stress, suffer from environmental exposure to lead, develop diseases like asthma and experience trauma.

Growing up, the child is more likely to live in a school district with low-quality education, and as an adult, more likely to encounter barriers to employment and become entangled with the criminal legal system.

By the time both children are 30, the child born into poverty, on the same day as the other child, is more likely to remain poor—no matter how hard they've studied or worked.

This is what poverty in America looks like for the 1,541 babies born into poverty every day.

Our collective decades advocating for children leads us to an inescapable conclusion: Child well-being is not only the responsibility of parents and neighbors, but also of government—especially a government that speaks and acts in the name of children without their consent and has the ability to help address the significant obstacles poor children in Anytown face. We both believe that to fulfill the government's responsibility to the nation's children, we must enact a permanent child tax credit.

The Biden administration made an admirable down payment on that responsibility. In March, President Biden and Congress enacted the American Rescue Plan. The Rescue Plan expanded the existing Child Tax Credit (CTC) for one year and increased the maximum credit from $2,000 to $3,600 per child under six and $3,000 for children aged six to 17. The plan also ensured that families with little to no income receive it, a crucial change from the previous credit's design. The credit will likely be distributed in monthly installments, rather than one lump sum (like a tax return), starting in July.

The impact of the child tax credit expansion cannot be overstated. Before the onset of the COVID-19 pandemic, children were the poorest age group in America, with children of color and young children suffering the highest poverty rates.

Nearly one in seven children—more than 10.5 million—were living in poverty in 2019. America's child poverty crisis is unmatched among countries. And the disproportionate impact on children of color isn't an accident: It tracks with decades of disinvestment from communities of color and systemic racism, leading to large racial wealth and income divides. The median white family has roughly eight times more accumulated wealth than the average Black family.

After its successful implementation, the CTC expansion will lift 4 million children out of poverty and expand eligibility to the 23 million children—mostly Black and Latinx children—who were previously excluded from the benefit. For Black, Latinx and Indigenous children, poverty will be cut by 52 percent, 45 percent and 61 percent respectively. Moreover, while the cash benefit will have an obvious, near-immediate impact for the many families struggling to make ends meet during the pandemic, its benefits will extend far beyond the current economic crisis. Additional income has long-term benefits for children, improving outcomes in a child's education, employment and health.

Child poverty is a national tragedy with profound moral and practical costs. Over the years, the American Civil Liberties Union (ACLU) brought many cases against state and county agencies all over the country on behalf of children who were neglected, provided inferior services and discriminated against in institutions and foster care systems.

Across the country, Children's Defense Fund (CDF) advocates and organizes with the vision of a nation where marginalized children flourish, leaders prioritize their well-being and communities wield their power to ensure they thrive. We know just how crucial income support from the government can be for so many children, and how reforms like those in the stimulus package can advance racial equity, narrow the racial wealth gap, reduce child poverty and provide a brighter future for all children.

The obligation to our children is past due and leaders must shift their policy frameworks to child-centered priorities that advance equity and justice. This should start with making the enhanced Child Tax Credit permanent to finally end child poverty for all the nation's children.

What you can do:
Take the pledge: Systemic Equality Agenda
Sign up

Ammon Bundy is poised to ignite America's next violent insurrection