To Address Systemic Racism, We Must Dismantle Housing Discrimination and Segregation 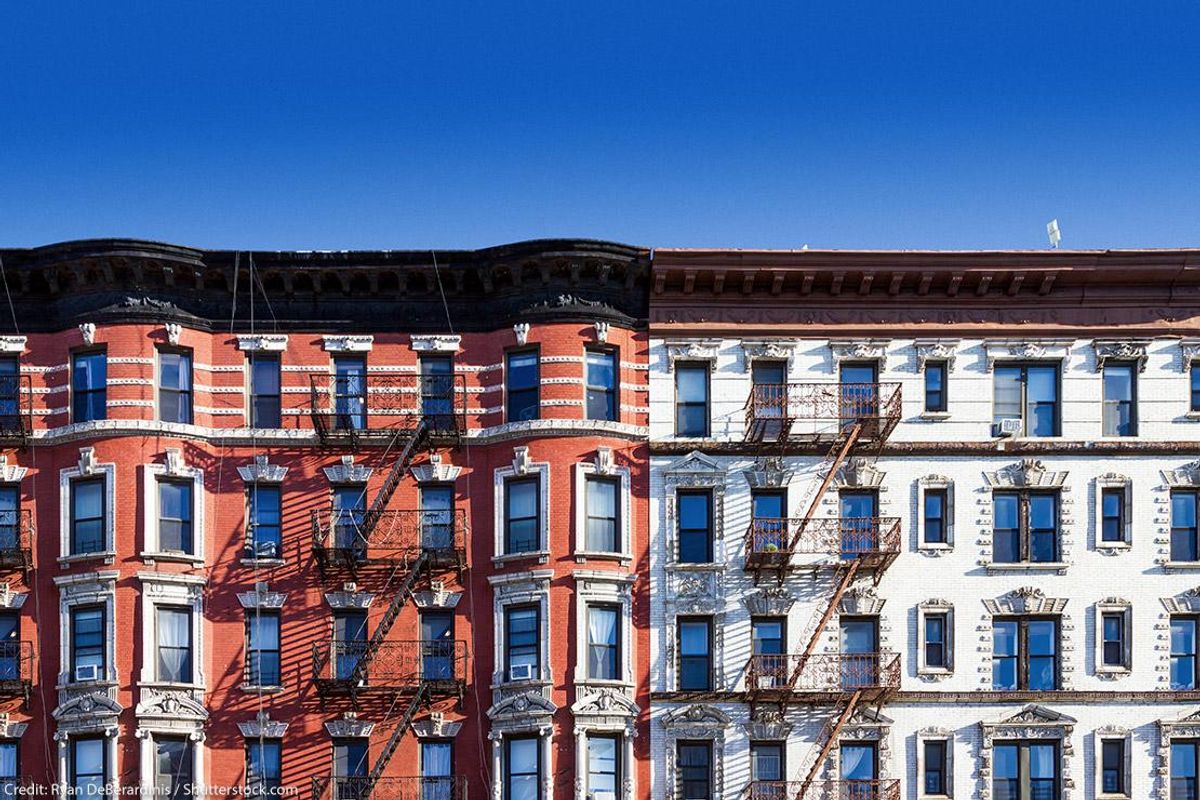 Equal access to housing is a civil right, but systemic racism within our housing institutions has long kept communities of color from accessing fair housing opportunities. The Fair Housing Act with its Affirmatively Furthering Fair Housing provision (AFFH) is a critical piece of legislation that aims to address our country's legacy of systemic racism, by dismantling housing discrimination and segregation. But during Trump's presidency, they came under attack. Now, the Biden administration must work to restore important housing protections to ensure all people have equal access to fair housing.

The Fair Housing Act of 1968 was a key part of Congress' response to a report commissioned by President Johnson to investigate civil unrest in Black and Brown communities between 1965 and 1967. The Kerner Commission's report warned Congress that “America is dividing into two societies, Black and White, separate and unequal." It also named residential segregation, which relegated Black communities to crowded and under-resourced urban areas, as one of the primary manifestations of this inequality. After the assassination of Martin Luther King, Jr. and in response to the report's findings, Congress passed the Fair Housing Act in 1968 in an effort to curtail widespread segregation and discrimination in housing and protect marginalized communities from discrimination when purchasing or renting a home.

Congress also used the Fair Housing Act to charge the Department of Housing and Urban Development (HUD) to use its programs to “affirmatively further" fair housing. With this provision, Congress intended for HUD to take active steps to dismantle housing segregation and to expand access to fair housing opportunities for everyone. While this obligation has been in the Fair Housing Act since 1968, there was no road map for jurisdictions to implement this requirement until HUD adopted the 2015 Affirmatively Furthering Fair Housing regulation (AFFH). This 2015 rule established a community centered process for analyzing patterns and causes of segregation and neighborhood disparities that could serve as the basis for local jurisdictions to establish actionable steps for achieving fair housing goals.

While the 2015 AFFH rule made the affirmatively furthering fair housing requirements of the Fair Housing Act enforceable, in July 2020, HUD rescinded the 2015 AFFH regulation and replaced it with the “Preserving Community and Neighborhood Choice" rule. This regressive rule eliminated the requirement for jurisdictions to take active steps to end segregation and allows municipalities to decide for themselves whether they are “affirmatively furthering fair housing." This removes any accountability and permits complacency among jurisdictions that have failed to take proactive steps to ensure fair housing opportunities are open to all.

We're urging the Biden Administration to withdraw the Trump-era replacement for the AFFH rule and reinstate the 2015 AFFH regulation, which would require local jurisdictions to take active steps to end housing segregation and address systemic racism in housing. This includes requiring jurisdictions to:

Leaving the “Preserving Community and Neighborhood Choice" rule intact is a tacit endorsement by the Biden administration, and a signal that fair housing isn't a priority. The administration must take action now to reinstate the 2015 AFFH regulation. This will combat housing segregation and provide families of color with equal access to safe and stable housing, thus advancing systemic equality across our nation.

What you can do:
Take the Pledge: Systemic Equality Agenda
Sign Up

Ammon Bundy is poised to ignite America's next violent insurrection