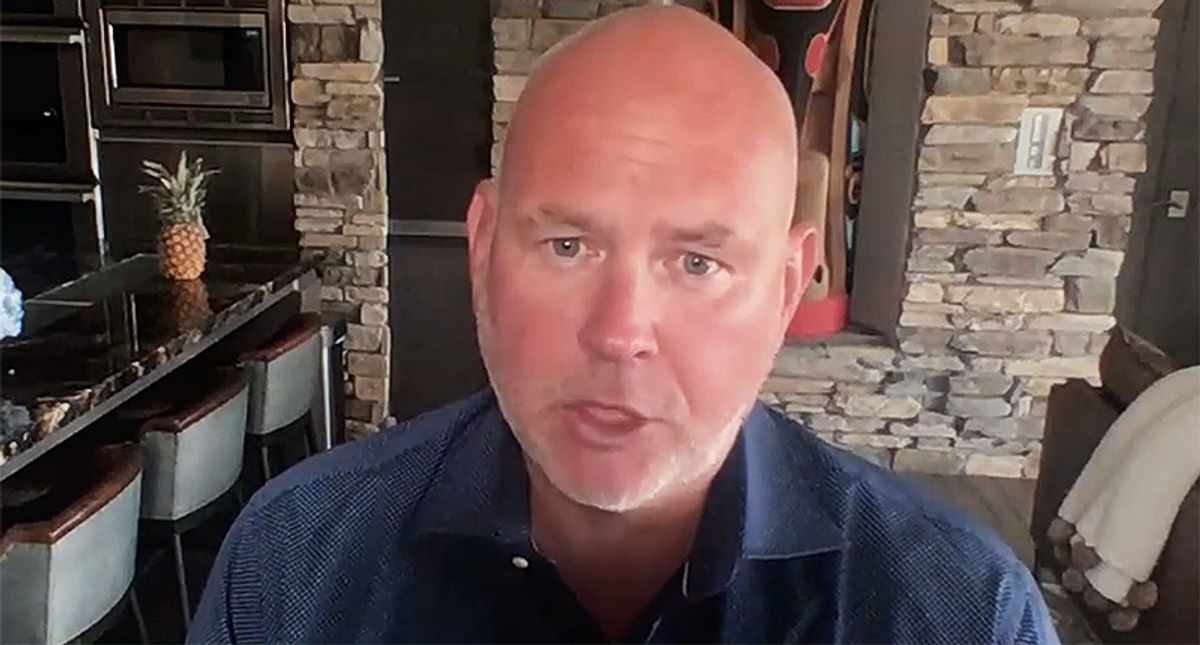 It's a conspiracy that CNN's Jake Tapper called "complete crap" and Wolf Blitzer called "obscene," but Schmidt warned that the GOP is officially the Q Party in some states.

"It's not surprising. Look, right now, when you look around the country, Nicole, there are at least four or five Republican state parties that are now Q parties," said Schmidt. "They have been taken over fully by the QAnon people. Rep. Matt Gaetz (R-FL) has made clear that Donald Trump is the forever leader of the Republican Party and the America First movement."

He went on to describe Trump sitting in Mar-a-Lago regrouping and trying to figure out his next move.

"But these Republican senators will not be able to look away from what happened and what happened was incitement to violence by the president of the United States, Donald Trump, that consisted of white supremacists, white nationalists, fascists, proud boys, extremist militias, violent and murderous thugs storming the Capitol of the United States," Schmidt continued. "They bludgeoned to death a policeman. Six people were killed during that violent attack on the Capitol of the United States, the American flag was ripped down. The MAGA flag was raised in its place, raised over the American flag. The floors of the Senate and the House of Representatives were desecrated. A constitutionally mandated function was interrupted on purpose on the basis of a big lie that those members like Sen. Josh Hawley (R-MO) and like Sen. Ted Cruz (R-TX) were not only complicit in but the fathers of."

He said that they incited the mob as part of their attempt to overthrow the legislative branch of government. Wallace later described it as an attempt by Republicans to pretend that it never happened.

Schmidt explained that this is one of the main reasons that corporate America wants nothing to do with the Republicans who participated in what's being referred to as "the big lie" to overthrow the 2020 election.

The GOP has become the Q Party www.youtube.com