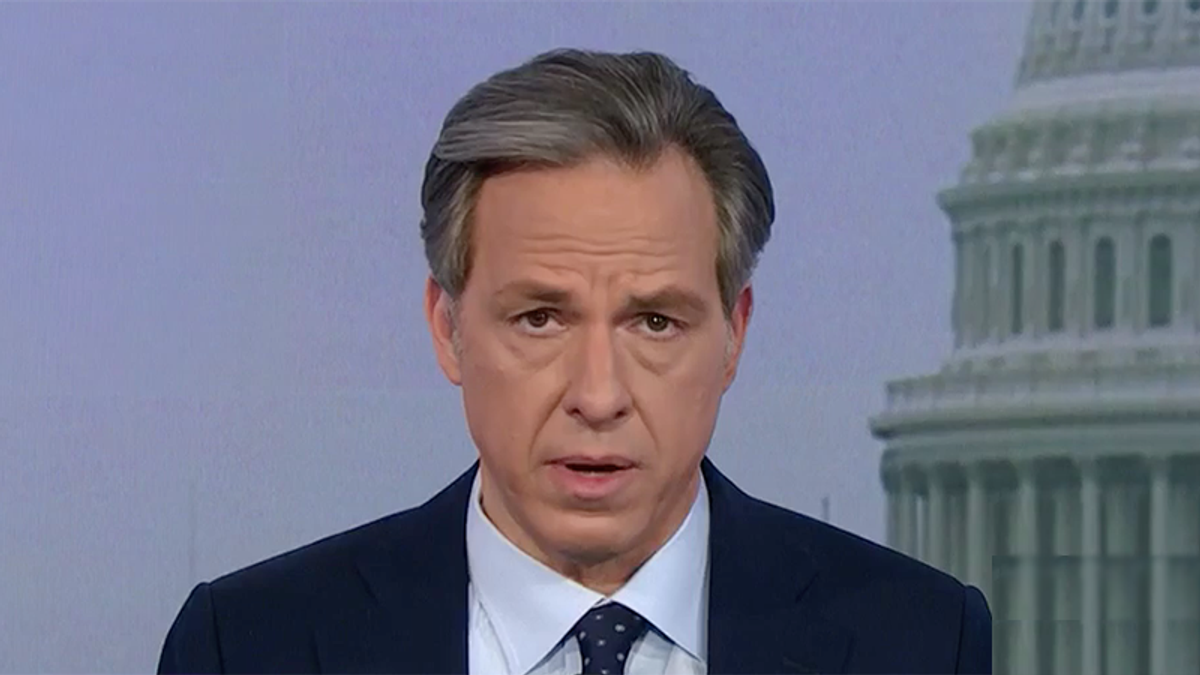 "It comes from a resolution passed by the Republican Party officials in Oregon, the official state party in Oregon. I'm quoting here, and this is a lie, what I'm about to read to you, but this is what they say, quote, 'there is growing evidence,' there isn't, 'that the violence at the Capitol was a false flag operation designed to discredit Trump and his supporters and all conservative Republicans," Tapper read. "Again, that's complete crap. 'This provided the sham motivation,' not true, 'to impeach President Trump in order to advance Democratic goal of seizing total power,' unquote, and, again, all of it a lie."

CNN's Michael Warren noted that this is a growing movement among Republicans and Republican Parties, referring to it as the "Trumpification" of the GOP.

Tapper noted that the Hawaii GOP recently issued an apology after it realized it had been retweeting a Holocaust denier. Alex Jones, one of President Donald Trump's friends and early supporters, was prosecuted for spreading lies about the Sandy Hook shooting being a lie.

"It's really notable, you know, Mitch McConnell is the leader of the Senate, but he is clearly following where the majority of his party is," said Abby Phillip. "He's not taking a leadership position even though based on our reporting he knows what happened on January 6th was something that was beyond the pale."

Tapper said that this fact-free world and embracing of conspiracy theories has become part of the GOP under Trump and RNC chairwoman Ronna Romney McDaniel.

"The false flag allegation is totally, totally obscene, and it's hard to believe that serious people would even make an allegation like that when we all saw the Trump supporters storm the U.S. Capitol," said long-time newsman Wolf Blitzer. "Very, very ugly."