Republicans use trans students to hurt all kids 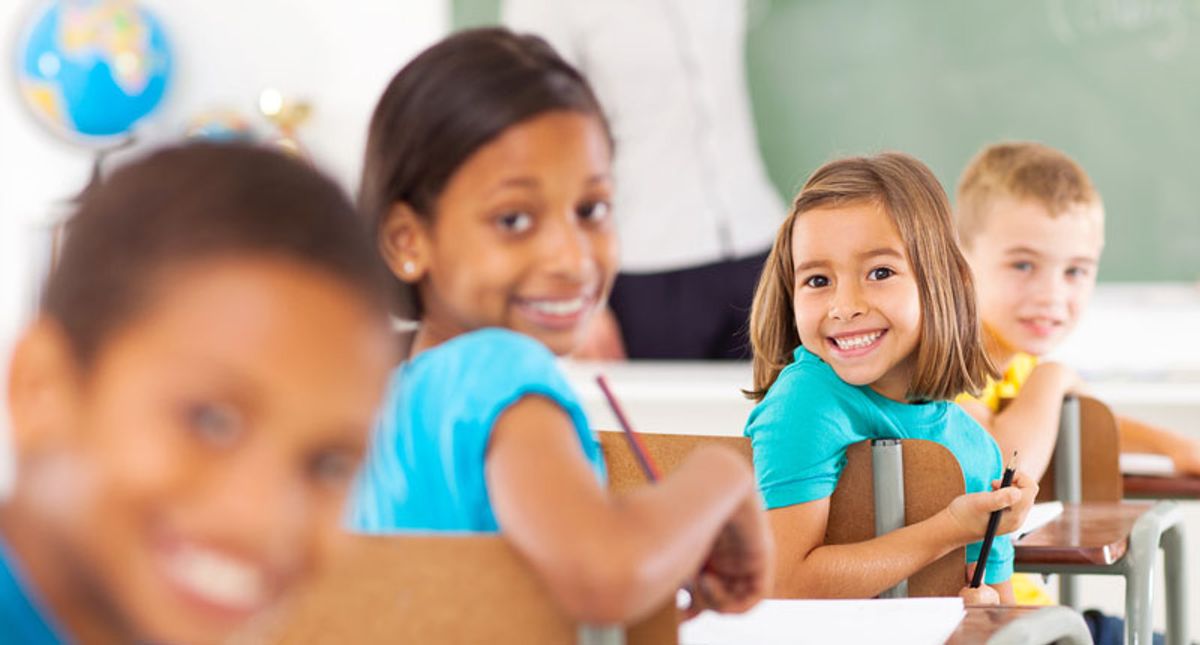 Despite the rapidly changing times we live in, one truth remains eternal: Whenever conservatives claim they're "protecting" women, women better be on their guard, because they're always coming for our freedom.

In the 19th century, chivalrous rhetoric about women being the "angels in the house" was used to ennoble antagonism against women's suffrage. Anti-feminists in the 1970s attacked the Equal Rights Amendment by falsely insinuating the housewives would be abandoned by their husbands. Reproductive rights opponents still justify onerous obstacles on abortion access by suggesting women can't be trusted to make important decisions about their own bodies. And, as the current protest movement in Great Britain demonstrates, women's freedom to socialize or even leave the house is often attacked under the guise of "protecting" them from violent men.

Chivalrous rhetoric is being dusted off once again to abuse some of the most vulnerable people in our society: young trans people, especially those who are still minors. Across the country, the New York Times reports, "Republicans are diving into a culture war clash that seems to have come out of nowhere," which is the growing hysteria over trans people competing in sports.

People are being whipped into a frenzy over false claims that young people assigned male at birth are transitioning to female for the opportunity to compete on girls and women's sports teams. And the story doesn't hold up to the slightest bit of scrutiny. Transitioning is often medically invasive and is almost always disruptive to someone's life on every level, not something one does just to get a gold medal at a high school track meet. But, as hysterias of the past demonstrate — think of urban legends like "Satanists hide messages in rock albums" and "people are hiding razor blades in Halloween candy" — many people's will to believe trumps common sense.

"Everybody must have seen the movie Juwanna Man and thought it was a real-life thing," Renee Montgomery, former Minnesota Lynx player and current co-owner of the Atlanta Dream, joked on the podcast "Lovett or Leave It". But as reporter Jeremy Peters notes, this panic isn't really coming out of nowhere, but "has been brought about by a coordinated and poll-tested campaign by social conservative organizations."

The GOP needs a highly emotional wedge issue that preys on people's worst impulses, like the homophobic panic over same-sex marriage that helped George W. Bush win a tight election in 2004. Trans people, unfortunately, make a perfect target, as many cis Americans, those whose gender identity matches their sex assigned at birth, are ignorant about the realities of trans lives, making them easy to bamboozle with misinformation. But it has not passed the notice of people who actually care about women's sports that the conservatives claiming they want to "save" women's sports from trans athletes are the same people who have hobbled women's sports at every turn through underfunding and outright mockery.

It's not really hypocrisy that all these right-wingers claiming to be "protecting" women's sports are also the same people who tend to otherwise treat women's sports like a joke. On the contrary, the attacks on trans rights are all tied up in the assumption that women's sports and female athletes are inferior. The myth that men are merely pretending to be trans in order to compete in women's sports depends on seeing women's sports as a consolation prize, an inferior product that someone only settles for if they can't get the real deal. Claire Thorton's interviews with trans athletes and their families for USA Today illustrate how conservative rhetoric around this is inherently reductive and demeaning to both the kids and to the very concept of women's sports.

The push to discriminate against trans students ends up reducing the entirety of women's sports to not just athletes' bodies, but their genitalia, reinforcing notions that women's reproductive systems should define their entire existence. The primary victims of this shiny new GOP wedge issue are trans kids, but make no mistake, the rhetoric being employed hurts all sorts of kids, cis or trans.

The attacks on trans girls for supposedly not being "feminine" enough to play girls' sports also affect cis girls whose bodies or behavior don't conform to what sexists believe proper little ladies should look or act like. As Jett Jonelis, ACLU of South Dakota's advocacy manager, said in response to a GOP-sponsored bill that would ban trans kids from sports in the state, "These attacks on trans women and girls are rooted in the same kind of gender discrimination and stereotyping that has held back cisgender women athletes for centuries."

Many of the anti-trans bills in states open the door to gender-testing that affects all kids, trans or cis. Put bluntly, in places like Idaho, the anti-trans laws give permission to schools to force kids to submit to an investigation of their genitals, a process that will be no less traumatic for cis girls who "pass" the inspection. As with laws requiring women who want an abortion to undergo vaginal ultrasounds, conservatives cannot wait to punish women they see as transgressing their standards of femininity — either by being trans, by playing sports, or by getting abortions — by subjecting them to humiliating invasions of their privacy.

Such policing of gender expression, without regard to fairness, is neatly exposed by a case in Texas, where 17-year-old trans boy Mack Beggs was forced in 2017 to wrestle on the girls team and not the boys team. Beggs, who was taking testosterone to transition, ended up being utterly dominant in the sport. He took no joy in it, however, recently explaining to Yahoo! News that it was a "no-win situation" because "You have to wrestle against girls — but you really want to wrestle against guys."

Conservatives have long resented women's sports, especially since Title IX was passed in 1972, requiring public schools to treat men and women's sports equally. It's a provision that the right has spent decades trying — with great success — to undermine. Now trans athletes give them a twofer, a chance to both abuse a group of children and reinvigorate narratives that paint women's sports as silly and inferior. And if they can toss on genital inspections of female athletes and force high school girls to wrestle boys, it's only that much better.

No feminist should be fooled by this phony language about "protecting" girls and women in sports. Policing trans kids is about reinforcing the same rigid gender norms that are used to trap cis women all the time, with assumptions about how we should look and act — and what our bodies should be used for — based on our gender. The people who, given a chance, would kill Title IX in a heartbeat are not the champions of women's sports they pretend to be. They're just the same old bigots and sexist, who have only put fresh coat of paint on the same old regressive arguments they've always made.