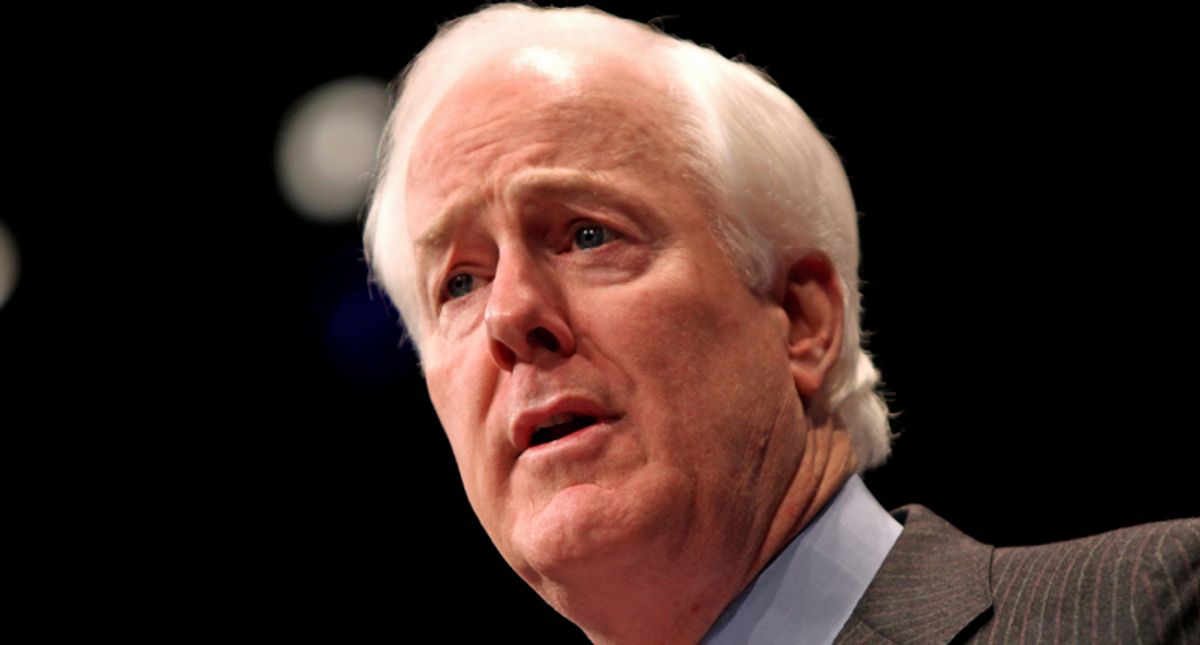 President Joe Biden delivered a speech on Thursday –– the one-year anniversary of Covid-19 lockdowns –– emphasizing the need for unity and courage as the country nears the light at the end of the tunnel. The president predicted that the U.S. would be able to "mark our independence from this virus" by the 4th of July, offering hope that the country will return to some semblance of normalcy by Independence Day.

"I will not relent until we beat this virus," Biden told the nation in his first primetime address as president, "But I need you [...] I need you to get vaccinated when it's your turn and when you can find an opportunity. And to help your family, your friends, your neighbors get vaccinated as well."

"Because here's the point," he continued, "If we do all this, if we do our part, if we do this together –– by July the Fourth, there's a good chance you, your family and friends will be able to get together in your backyard or your neighborhood and have a cookout and a barbecue and celebrate Independence Day. ... After this long hard year, that will make this Independence Day something truly special."

Biden also announced that he would be compelling all states, tribes, and territories to make every U.S. adult eighteen and older eligible for a COVID vaccination by May 1, vowing to build out the necessary public health infrastructure to make this goal a reality.

His speech, praised by many Democrats as far cry from the histrionic falsehoods of his predecessor, was met with significant disapproval on the right, both in Congress and in right-wing media.

"If every willing person in America is vaccinated for #COVID19 by May," tweeted Sen. John Cornyn, R-Tex., "As POTUS has said, why put our lives on hold till July the 4th?" Fellow Lone Star lawmaker Rep. Kevin Brady, R-Tex., a ranking member of the House Committee on Ways and Means, tarred the President's call for unity as "an absolute fraud."

"Despite the success of five previous bipartisan bills totaling $3.5 trillion, Democrats hijacked relief efforts and rejected GOP efforts in this bill to get vaccines distributed even more widely, to strengthen child poverty funding, to reopen schools, to help people return to work, and to support struggling Main Street businesses," said Brady, adding, "Yet tonight's speech was all about how President Biden solved everything. This is unity?"

"I would like to ask President Biden," Mace told ABC News, "Where was he over the last two weeks? Republicans wanted to work on a package in a bipartisan manner and it just didn't happen."

On "The Ingraham Angle," host Laura Ingraham said that Biden's speech reminded her of a funeral while Fox News and Federalist editor Mollie Hemingway complained that "to pick Independence Day as the day where he says he might allow people to gather is just so un-American." "Joe Biden doesn't get to tell me when I can have a barbecue in my backyard and certainly not to tie that to Independence day."

Federalist founder and Fox News host Ben Domenech, husband to conservative "The View" co-host Meghan McCain, daughter to former Arizona GOP Sen. John McCain, was so disgusted by Biden's promises to return the country to a pre-pandemic normal by mid-summer that he was left stammering incoherently.

Conservative radio host Ben Shapiro echoed Republican lawmakers on Twitter: "Once again, President Houseplant is running out in front of a moving parade and then claiming he is leading it. This was going to happen already."

Biden's speech comes just after the passage of his sweeping $1.9 trillion covid relief bill, which was pushed through without bipartisan support. Still, according to a NPR/PBS NewsHour/Marist poll taken in early March, 62% of Americans approve of Biden's handling of the pandemic.

"There's a sense of progress," said Lee Miringoff, director of the Marist Institute for Public Opinion. "We may not be there, but we may be getting closer to getting out from under [the pandemic]. ... There are Trump people, who obviously didn't vote for [Biden], but have come on board because of COVID."

New York prosecutors are attempting to exploit a "Shakespearean" internal conflict at the Trump Organization between two rival dynasties, as they aim to crack the company's "mob-like code of silence," according to a new report from the Daily Beast.

Former president Donald Trump, aware of prosecutors' strategy, has been reminding employees to "stick together" and stay strong, according to the report.

'Hand Solo': the one-armed boy who built a Lego prosthesis

David Aguilar was five when he first discovered Lego, entering a world where it didn't matter he was missing his forearm, and four years later, he built his first prosthesis with it.

Now on the verge of finishing a degree in bioengineering, he dreams of working to help other children who, like him, were born different.

How do you help someone with their leg bitten off by a shark? Groundbreaking research by an Australian medic-surfer has uncovered a simple way to stop bleeding and save lives.

Find the middle point between the hip and the genitals, make a fist and push as hard as you can.