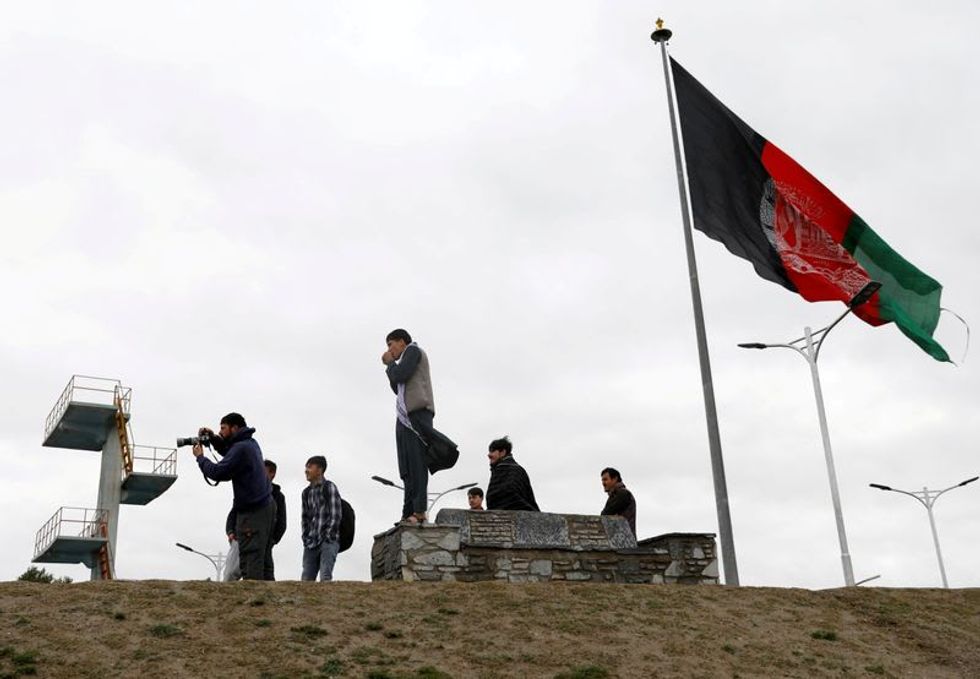 KABUL (Reuters) - Taliban insurgents captured an Afghan provincial capital and killed the government's senior media officer in Kabul on Friday amid a deteriorating security situation as U.S. and other foreign troops withdraw.

A police spokesman in southern Nimroz province said the capital Zaranj had fallen to the hardline Islamists because of a lack of reinforcements from the Western-backed government.

Fighting to reimpose a strict Islamic regime 20 years after they were ousted from power by U.S.-led forces, the Taliban have intensified their campaign to defeat the government.

The insurgents have taken dozens of districts and border crossings in recent months and put pressure on several provincial capitals, including Herat in the west and Kandahar in the south, as the foreign forces pull out.

In New York, U.N. special envoy for Afghanistan Deborah Lyons questioned the Taliban's commitment to a political settlement, telling the U.N. Security Council the war had entered a deadlier and more destructive phase "reminiscent of Syria, recently, or Sarajevo, in the not-so-distant past".

Zaranj was the first provincial capital to fall to the Taliban since the United States reached a deal with it in February 2020 for a U.S. troop pullout. A local source said the Taliban had seized the governor's office, the police headquarters and an encampment near the Iranian border.

Taliban sources said the group was celebrating and Zaranj's fall would lift the morale of their fighters. A Taliban commander, speaking on condition of anonymity, said Zaranj has strategic importance as it is on the border with Iran.

In Kabul, Taliban attackers killed Dawa Khan Menapal, head of the Government Media and Information Centre, in the latest in a series of killings aimed at weakening President Ashraf Ghani's democratically elected government.

U.S. Charge d'Affaires Ross Wilson said he was saddened and disgusted by the death of Menapal, whom he said provided truthful information to all Afghans.

"These murders are an affront to Afghans’ human rights & freedom of speech," he said in a Tweet.

Scores of social activists, journalists, bureaucrats, judges and public figures fighting to sustain a liberal Islamic administration have been killed by Taliban fighters in a bid to silence voices of dissent.

"He (Menapal) was a young man who stood like a mountain in the face of enemy propaganda, and who was always a major supporter of the (Afghan) regime," said Mirwais Stanikzai, an Interior Ministry spokesperson.

At least 10 Afghan soldiers and a commander of armed members belonging to the Abdul Rashid Dostum militia group in the northern province of Jowzjan were killed.