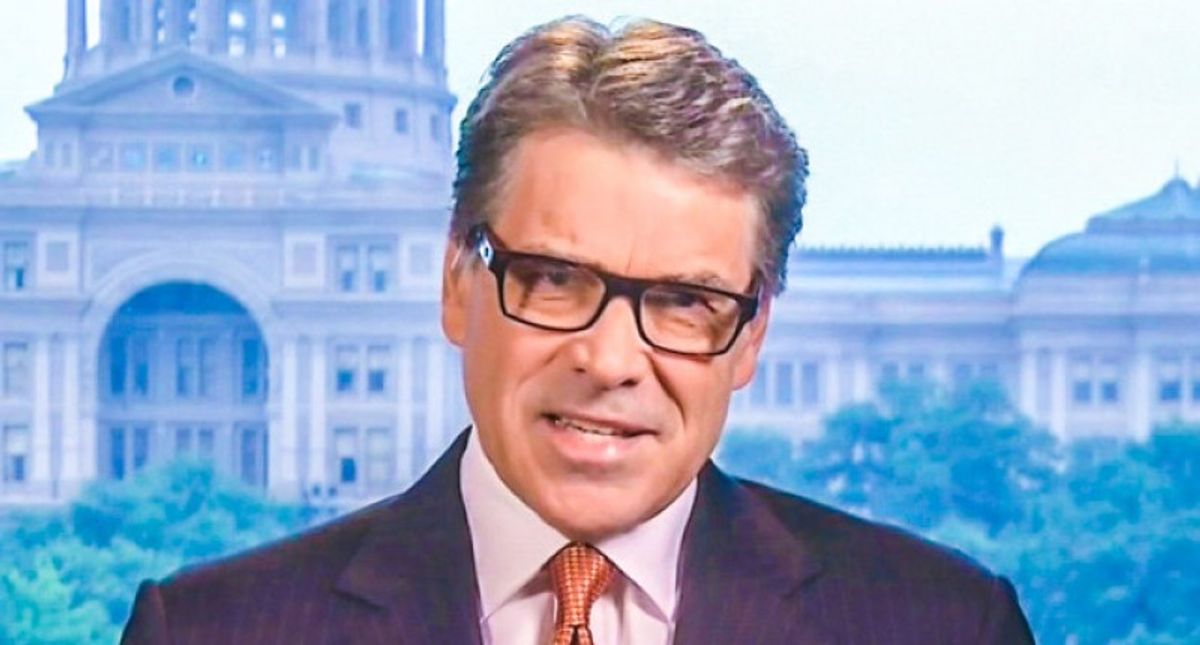 Rick Perry, a former Texas governor who served as an energy secretary under former President Donald Trump, argued this week that Texans should be happy to go days without electricity if it meant thwarting the federal government.

The Houston Chronicle reports that Perry posted a blog on House Minority Leader Kevin McCarthy's website in which he urged Texans to tough it out in the name of keeping their power grid away from federal regulators.

"Texans would be without electricity for longer than three days to keep the federal government out of their business," Perry wrote. "Try not to let whatever the crisis of the day is take your eye off of having a resilient grid that keeps America safe personally, economically, and strategically."

Like many other Republicans, Perry also falsely claimed that renewable energy was the real reason for the blackouts.

"If wind and solar is where we're headed, the last 48 hours ought to give everybody a real pause and go wait a minute," Perry said. "We need to have a baseload. And the only way you can get a baseload in this country is [with] natural gas, coal, and nuclear."

In reality, the blackouts were caused by a combination of a spike in demand and outages at energy plants that use multiple sources of energy, not just wind.