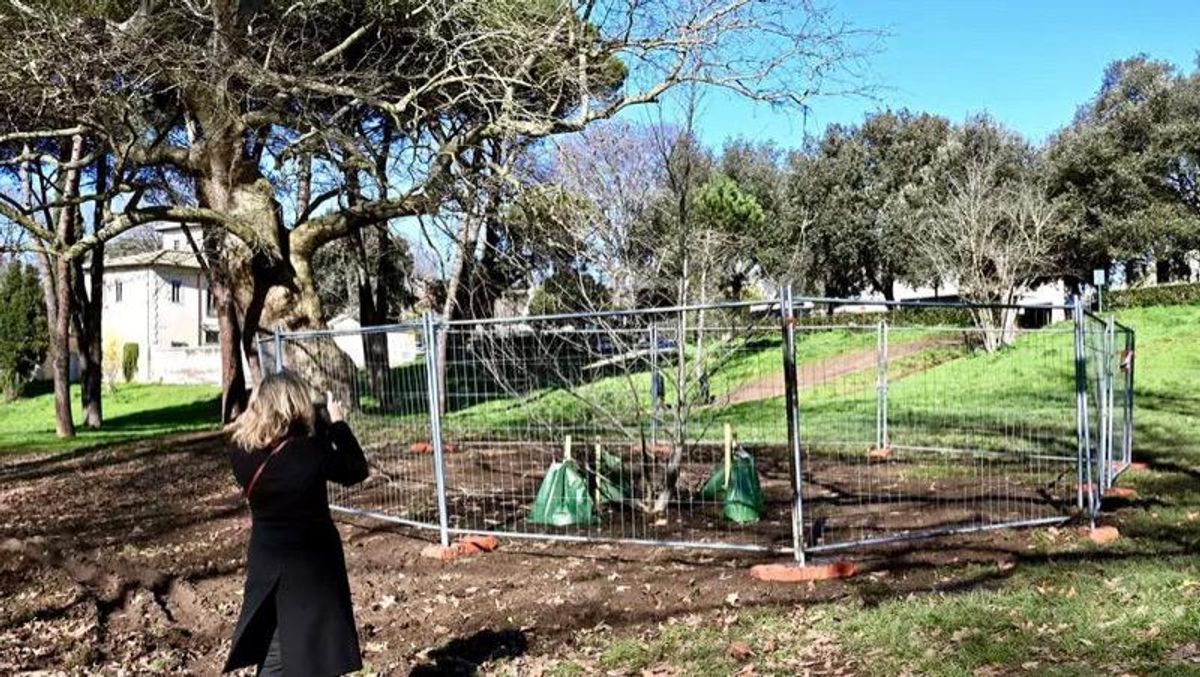 The tree lovers behind the project told AFP the clone now planted in the Villa Borghese public park -- alongside the plane tree that gave it life -- represents a real botanical feat that they hope will ensure the longevity of Rome's majestic trees.

"This important result represents a key first step for the protection, reproduction and conservation of the genetic heritage of ancient trees in Rome," said Laura Fiorini, head of green spaces for Italy's capital.

The tree was grown from a branch bearing a solitary leaf discovered on the fragile hollow trunk of Adonis, one of 11 trees planted by Borghese that still stand in the park's "Valley of the Plane Trees".

The head of the "Friends of Villa Borghese" association, Alix Van Buren, said she put the small branch in a pot, where it gradually began sprouting more leaves.

Van Buren then planted it on her property in the south of France so that it could flourish in rich, sun-kissed soil.

"If it is well cared for, Adonis Junior can live for many centuries, for the benefit of future generations," the association wrote on its Facebook page.

Cuttings on Rome's ancient plane trees had been tried before, but efforts failed.

The group is now seeking the help of scientists to formalise the cloning protocol.

Van Buren told AFP that Borghese's plane trees inside the gardens, now entrusted to the care of two French botanists, represent the only urban island of ancient oriental plane trees listed in the West.

Borghese, nephew and secretary to Pope Paul V, transformed what had been vineyards into elegant gardens with fountains, statues, and wide tree-lined avenues.

His villa, now the Galleria Borghese museum, continues to house his prestigious sculpture and painting collections, including works by Bernini and Caravaggio.