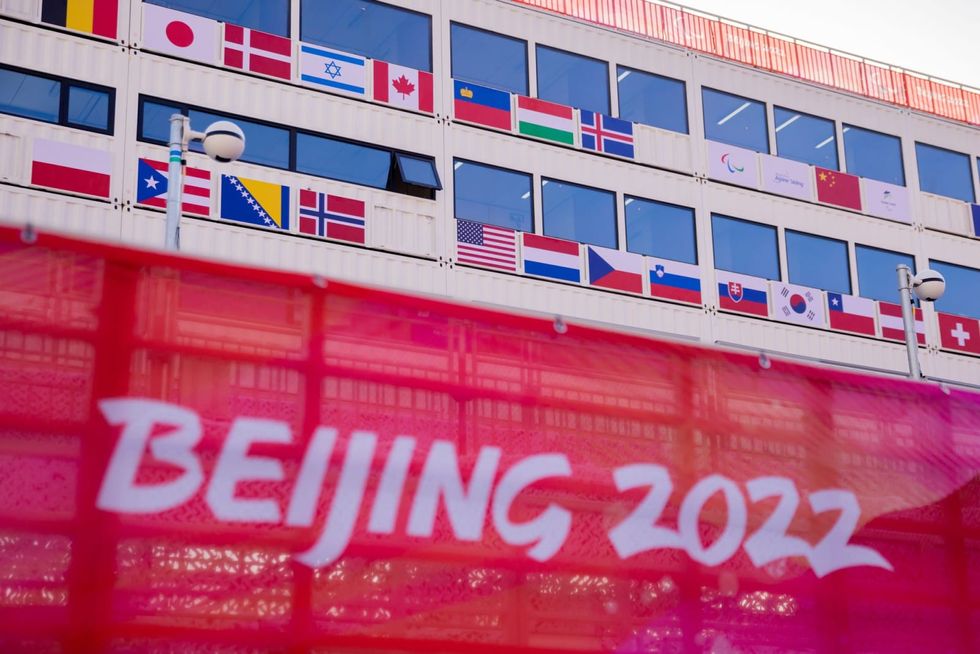 The Russian Paralympic Committee flag no longer hangs at the Xiaohaituo National Alpine Skiing Centre (yanqing national alpine skiing centre) after Russian and Belarusian athletes were excluded from the Paralympic Games due to the war on Ukraine. Christoph Soeder/dpa

Athletes from Russia and Belarus won't be allowed to compete at the Paralympic Winter Games in Beijing after all, the International Paralympic Committee (IPC) said on the eve of Friday's opening ceremony in a quick reversal of its original position.

Less than 24 hours earlier, the IPC had said that athletes from the two countries could compete as neutrals at the Games despite Russia's invasion of Ukraine, which has partially been staged out of Belarus.

The IPC now said on Thursday that it has decided to "decline athlete entries" from Russian and Belarusian Paralympians after other countries and athletes threatened not to compete, "jeopardising the viability of the Beijing 2022 Paralympic Winter Games.

"Ensuring the safety and security of athletes is of paramount importance to us and the situation in the athlete villages is escalating and has now become untenable," IPC President Andrew Parsons admitted in a statement.

"The rapidly escalating situation has now put us in a unique and impossible position so close to the start of the Games.

“In the last 12 hours an overwhelming number of members ... have told us that if we do not reconsider our decision, it is now likely to have grave consequences for the Beijing 2022 Paralympic Winter Games.

"Multiple NPCs, some of which have been contacted by their governments, teams and athletes, are threatening not to compete."

The Russian Paralympic Committee said it reserved the right to appeal the decision at the Court of Arbitration for Sport.

Russian Sports Minister Oleg Matytsin was quoted by state news agency TASS as saying later Thursday they are "drafting a lawsuit for it to be considered before the Opening Ceremony."

Kremlin spokesman Dmitry Peskov condemned the IPC U-turn as "monstrous" and "a disgrace", according to TASS.

But German Paralympic chief Friedhelm Julius Beucher named the new decision "a strong signal for democracy within the Paralympic Movement."

The IPC said the measure affected 83 athletes from Russia and Belarus.

Ukraine is set to compete with 20 athletes arriving from two secret locations outside the country.

"To the Para athletes from the impacted countries, we are very sorry that you are affected by the decisions your governments took last week in breaching the Olympic Truce," Parsons said.

"You are victims of your governments’ actions.

“As a result of today’s decision 83 Para athletes are directly impacted by this decision. However, if RPC and NPC Belarus remain here in Beijing then nations will likely withdraw. We will likely not have a viable Games. If this were to happen, the impact would be far wider reaching."

The original IPC ruling had been met with wide-ranging condemnation from around the world, with the Athletes Germany grouping naming it "shameful and terrible."

International Olympic Committee (IOC) president Thomas Bach however said Wednesday the IOC respected the IPC decision as it was part of an IOC recommendation from Monday - if a blanket ban was not possible "on short notice for organisational or legal reasons."

Parsons said on Wednesday having Russians and Belarusians compete as neutrals was "the harshest possible punishment we can hand down within our constitution and the current IPC rules."

The IPC now joins sports including football, athletics and ice hockey in fully banning Russian and Belarusian athletes and teams.

Others like tennis and cycling allow them to compete as neutrals.

“At the IPC we are very firm believers that sport and politics should not mix. However, by no fault of its own the war has now come to these Games and behind the scenes many Governments are having an influence on our cherished event," Parsons said.