Janet Yellen says Russia should be expelled from G20 — America may boycott some meetings: report 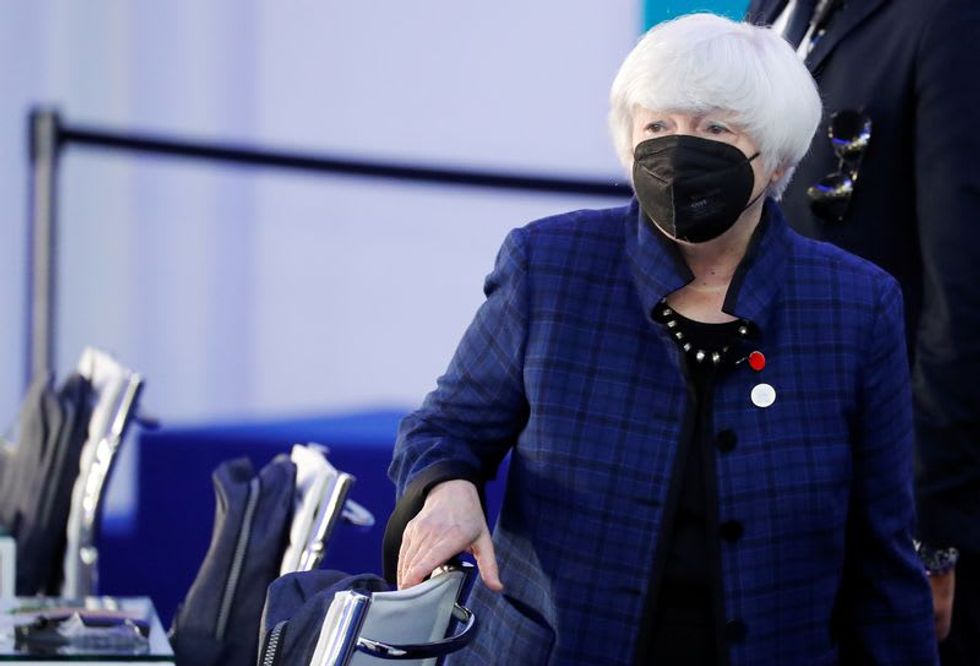 By David Lawder and Dan Burns

U.S. Treasury Secretary Janet Yellen said on Wednesday that Russia should be expelled from the Group of 20 major economies forum, and the United States will boycott "a number of G20 meetings" if Russian officials show up.

Her comments at a U.S. House Financial Services Committee hearing raised questions about the G20's future role in the wake of Russia's invasion of Ukraine.

Since 2008, the club has served as a key international forum for issues from COVID-19 relief to cross-border debt and also includes China, India, Saudi Arabia and other countries that have been reluctant to condemn Russia's actions.

Yellen told lawmakers Russia's invasion of Ukraine and the killings of civilians in Bucha "are reprehensible, represent an unacceptable affront to the rules-based global order, and will have enormous economic repercussions in Ukraine and beyond."

The United States and its key allies have placed greater emphasis in recent months on the G7 grouping of industrial democracies, whose interests are more aligned, using G7 meetings to coordinate their response to Russia's war in Ukraine.

Yellen said the Biden administration wants to push Russia out of active participation in major international institutions, but acknowledged it was unlikely that Russia could be expelled from the International Monetary Fund given its rules.

"President Biden's made it clear, and I certainly agree with him, that it cannot be business as usual for Russia in any of the financial institutions," Yellen said. "He's asked that Russia be removed from the G20, and I've made clear to my colleagues in Indonesia that we will not be participating in a number of meetings if the Russians are there," Yellen said.

Indonesia holds the presidency this year and will host a finance meeting in July and a leaders summit in November.

A Treasury spokesperson later said that Yellen was referring to an April 20 G20 finance ministers and central bank governors meeting on the sidelines of the IMF and World Bank Spring Meetings in Washington and associated deputies meetings.

The April finance meeting will be held both in-person and virtually and Russia's participation is unclear at present.

Russia has said that President Vladimir Putin intends to attend the G20 summit in Bali this year and has received China's backing to stay in the group.

Indonesia could not expel or "disinvite" any G20 members, including Russia, a government official familiar with the matter said, adding whether a country attended was up to that nation.

Yellen's testimony came as the Biden administration announced a new round of sanctions to punish Russia, including banning Americans from investing in Russia and locking Sberbank, Russia's largest lender and holder of a third of its bank deposits, out of the U.S. financial system, along with other institutions.

Yellen said that flexibility on Russian energy transactions was needed because many European countries "remain heavily dependent on Russian natural gas, as well as oil, and they are committed to making the transition away from that dependence as rapidly as possible."

But she acknowledged that this would take time.

She added that she hoped that currently high prices would entice oil companies in the United States and elsewhere to ramp up production in the next six months, which, along with the Biden's release of oil from the U.S. Strategic Petroleum Reserve, may allow for tougher restrictions on Russian oil.

Yellen also issued a warning to China that Treasury was prepared to turn its sanctions tools against Beijing in the event of Chinese aggression against Taiwan, which China claims as a wayward province.