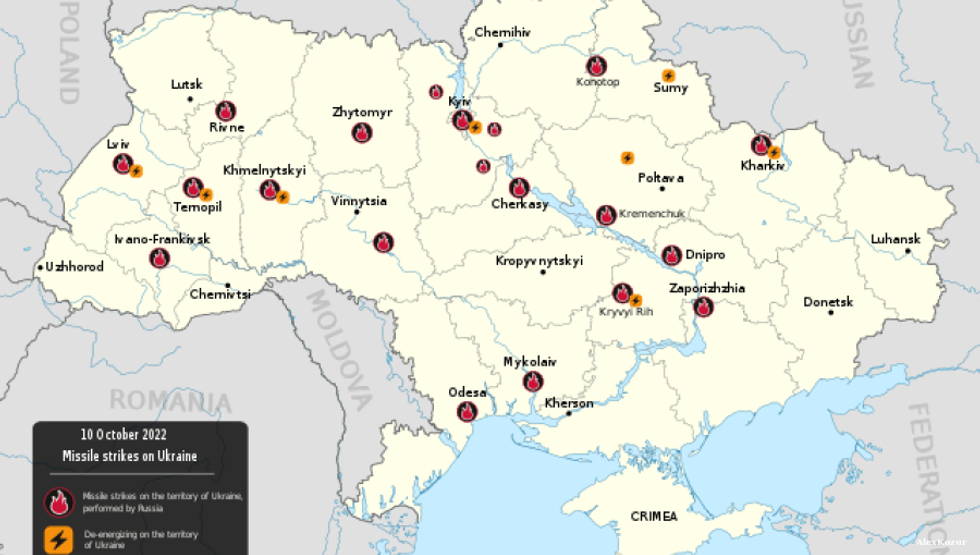 By Dominic Culverwell in London Russia relentlessly launched 100 missiles at 11 Ukrainian regions on the afternoon of November 15, just days after the war-torn country celebrated the liberation of Kherson. The tidal wave of strikes is the largest attack on Ukraine’s power system since the start of the war, according to Ukrainian Energy Minister Herman Halushchenko. Ukrenergo, Ukraine’s state-owned grid operator, was forced to act immediately and introduced emergency blackouts across the entire country to stabilise the power system’s operation, the Kyiv Independent reported. The missiles destro...