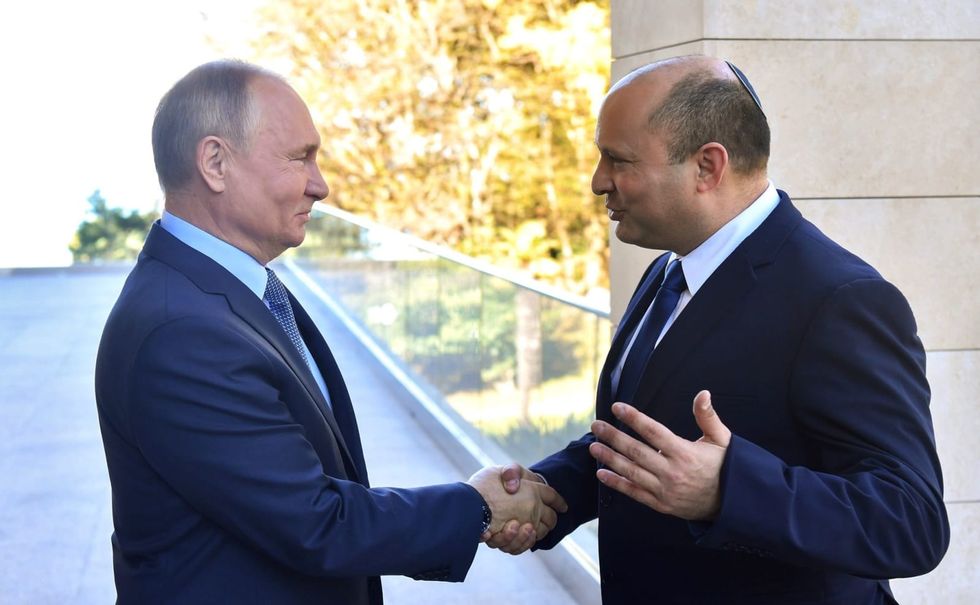 Russia wants to cooperate more closely with Israel in the fight against terrorism, President Vladimir Putin announced on Friday at the start of a meeting with Israeli Prime Minister Naftali Bennett in the Russian city of Sochi.

"There are points of contact and opportunities for cooperation," Putin said in the Black Sea resort.

According to Bennett, the talks should also focus on the situation in Syria - and "efforts to stop Iran's military nuclear programme."

Russia is one of the countries that negotiated Iran's 2015 nuclear agreement, of which Israel is heavily critical.

In Syria, the Russian military supports President Bashar al-Assad. Israel's air force has repeatedly attacked targets in neighbouring Syria to prevent its arch-enemy Iran from gaining a further foothold there.

Israel's relations with Russia are generally considered good. However, there have been several disagreements over Syria.

"There are also problematic issues, there are many of them," Putin said.

It was his first meeting with Bennett, who has been in office since June. Russia had established "quite objective and trusting relations" under Bennett's predecessor Benjamin Netanyahu, the Kremlin chief said. He hoped this would continue.

Meanwhile Bennett called Putin a "close, true friend of the State of Israel."

The Israeli premier also pointed out that around 1 million Russian-speaking people live in his country. In total, Israel has about 9.4 million inhabitants.