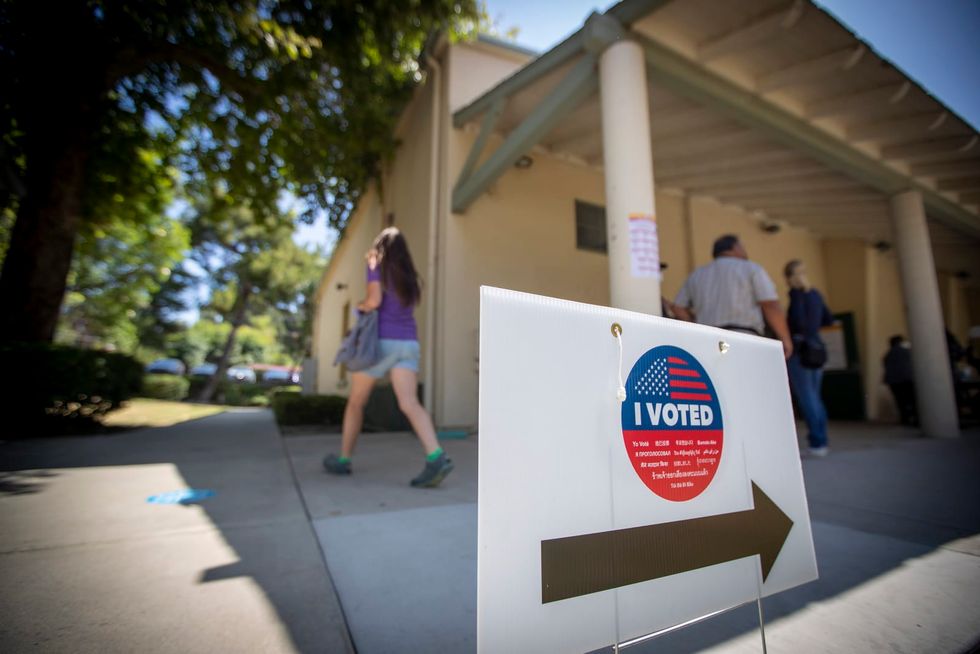 A voter exits after casting a ballot in the California primary in La Habra Heights, California, on June 7, 2022. - Allen J. Schaben/Los Angeles Times/TNS

SAN JOSE, Calif. — Three of the San Francisco Bay Area’s largest counties will continue to use polling station software that was ensnared in a Los Angeles data breach investigation and resulted in at least four other election jurisdictions ditching the software amid allegations of embezzlement and Chinese data sharing. Alameda, Contra Costa and San Francisco counties all use the PollChief software – produced by the company Konnech – to manage poll worker schedules and track voting equipment, but not to tabulate votes. Unlike Los Angeles, local elections officials in Contra Costa and San Franci...