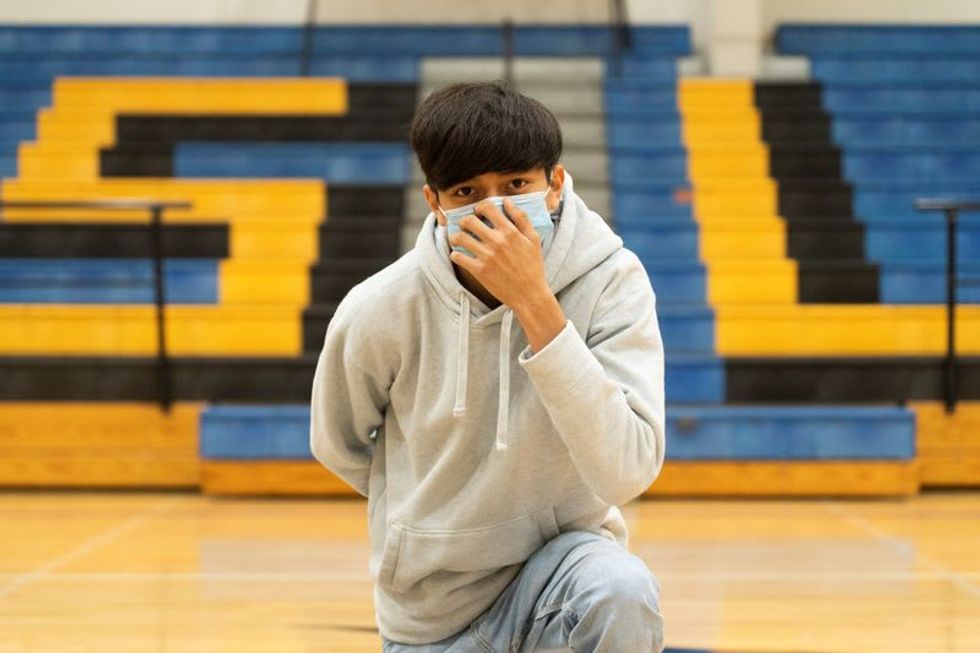 (Reuters) -San Francisco announced on Thursday that proof of full vaccination would be required for entry to restaurants, gyms and other indoor venues, aiming to curb a new wave of COVID infections that has prompted public health mandates across the country.

San Francisco, which launches its mandate on Aug. 20, is the second major city to pass a sweeping vaccine requirement for indoor businesses after New York, which only requires proof of one vaccination dose.

The vaccine mandates in two liberal cities have come as schools in some conservative states are fighting to require masks, going against their Republicans governors' orders.

Houston's public schools were expected on Thursday to defy a state ban on mask mandates, joining other districts in Texas and Florida requiring face coverings in classrooms to fight a surge of COVID-19 infections, despite threats from state leadership.

The board of the Houston Independent School District was due to vote on a mask mandate on Thursday, flouting Republican Governor Greg Abbott's ban on such rules.

"The health and safety of our students and staff continues to be our guiding compass in all of our decisions," wrote the district's superintendent, Millard House II, in a statement.

The measure is likely to pass, with a majority of board members expressing support for the mandate, the Houston Chronicle reported.

With the start of the academic year coinciding with a dire new wave of COVID-19 cases https://tmsnrt.rs/2WTOZDR, schools have quickly become the focal point of the nation's political fight over masking and vaccine mandates.

The threat by Florida to withhold the salaries of school officials who require masks has escalated tension between Florida Governor Ron DeSantis, a Republican, and the administration of U.S. President Joe Biden, a Democrat.

The White House is considering reimbursing Florida school officials if DeSantis, who is widely seen as weighing a potential 2024 challenge for the presidency, follows through on his threat.

The worst of the COVID outbreak is concentrated in the U.S. South, including Arkansas, Florida, Louisiana and Texas, where intensive care units have been stretched to capacity. While flouting federal recommendations on masks, Florida has asked Washington to help by sending ventilators.

Florida and Texas account for about a third of the nation's COVID-19 hospitalizations, although they only represent about 15% of the population.

"Our frontline health care heroes are finding themselves stretched thin and physical and mental exhaustion is taking its toll," Florida Hospital Association President Mary Mayhew said in a statement on Tuesday. "This new Delta variant is extremely infectious and leading to 25 and 35 year olds hospitalized for COVID."

Leaders in Democrat-led states and cities have moved swiftly to impose COVID-19 mask and vaccine requirements in the face of the Delta variant. Illinois, Kentucky, New Jersey and California, all led by Democratic governors, have required masks in all schools.

Students and teachers across the United States are back in classrooms or about to start school this month as COVID-19 cases are surging at a pace not seen since the winter, with the Delta variant driving up transmission and causing mostly the unvaccinated to get sick and die.

On Thursday, the National Education Association President Becky Pringle, who leads the largest teachers' union in the country, said she supported vaccine mandates for teachers. Her statement came on the heels of a similar announcement from the American Federation of Teachers' president earlier this week.

Several school districts in Arizona have mandated mask-wearing, despite a state law against such mandates. A group of Republican state lawmakers on Wednesday called on Republican Governor Doug Ducey to withhold funds from districts that were enforcing the mandates, saying their noncompliance with state law "borders on anarchy."