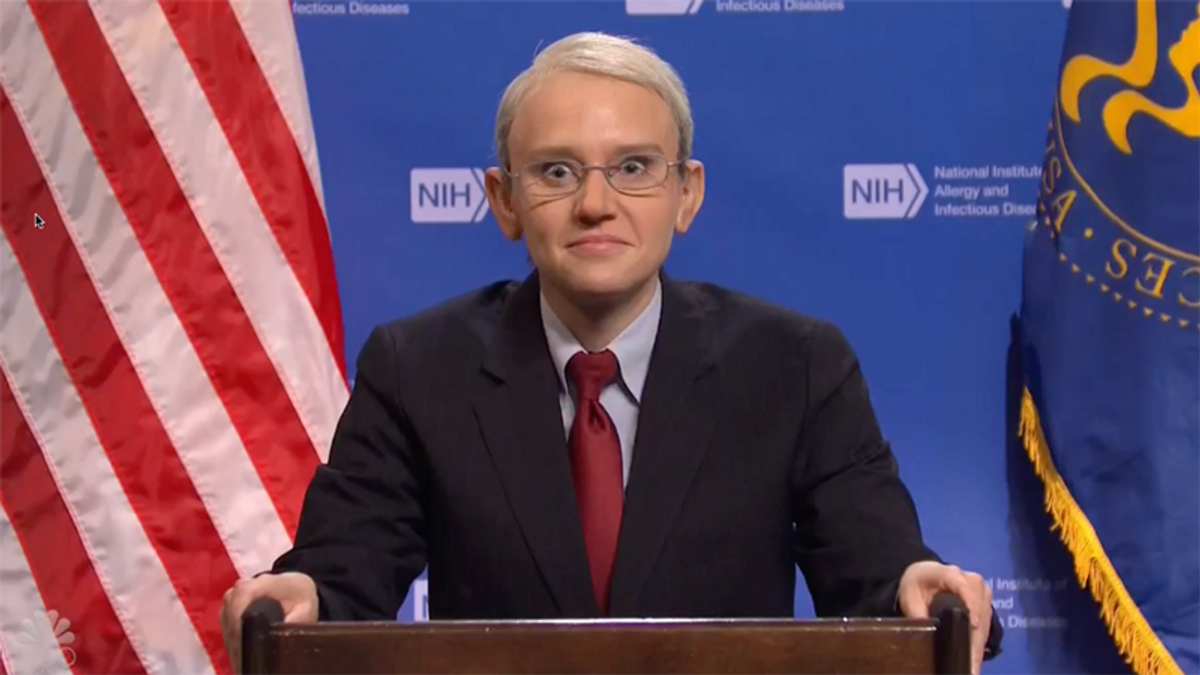 The first scene was titled, "man walks into a bar."

"Do I still have to wear a mask indoors?" a man asks.

"You actually do not," a woman replies as he takes off his mask. "Well, as long as you're vaccinated."

"Then that's bad," she replied.

"You're right, I deserve COVID," she said.

"And, scene!" he said, followed by them both taking bows.

"I don't know if that's the right takeaway," Fauci interjected.

The next scene ended up with a flight attendant and passenger joining the "mile high club."

As it progressed, Fauci grew frustrated. But he ended with a smile on his face as he insulted the live studio audience.