Security police had indications Norway attacker could be dangerous 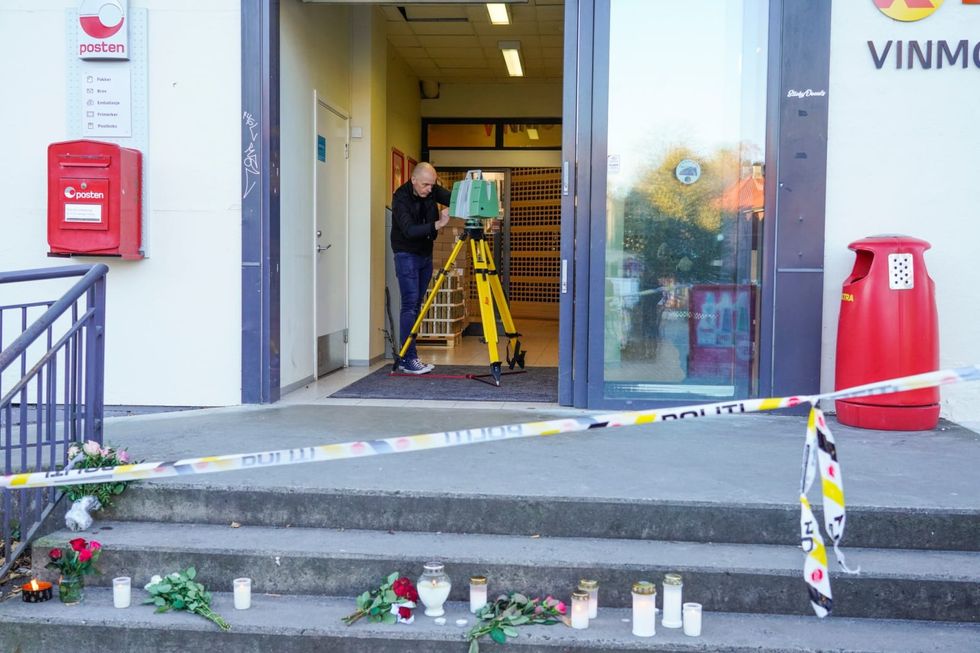 Police work at Extra store in the crime scene in the center of Kongsberg after a violent armed attack that left five people killed and two injured on Wednesday night. Terje Bendiksby/NTB/dpa

The head of counter-terrorism operations with Norwary's PST security police has said police had indications going back several years that the man accused of killing five people in Kongsberg was potentially dangerous.

The PST had already received tips in 2015 about the Danish national, who has been remanded in custody for four weeks, Arne Christian Haugstoyl, head of counter-terrorism at PST, told the Verdens Gang newspaper.

At the time it was considered unlikely that he would commit a politically motivated act of violence, Haugstoyl added.

Further warnings were received when the man posted a video in 2017 calling himself a Muslim and a messenger and announcing a mission.

But this video was not viewed as a criminal threat by the PST because the content was unspecific, Martin Bernsen of the PST told the NTB news agency on Friday.

Police said the 37-year-old Dane who lived locally had admitted to attacking several people with a bow and arrow, along with other weapons, in downtown Kongsberg on Wednesday evening.

Five people were killed. The man has admitted the facts of what happened but does not recognize any criminal guilt, a police spokesman said.

It is considered likely that the man is mentally ill. At least two legal psychiatrists are now to assess whether he is sane.

The PST initially investigated the crime as an act of terrorism, but later changed tack as doubts arose about the man's sanity.

People close to the suspect told Norwegian broadcaster NRK that the Dane had long suffered from mental problems and had been an outsider since he was a teenager.

In 2018 it was concluded that the Dane had mental health problems and the health authorities were informed.

"We didn't think he was driven by ideology, but rather violent," said Martin Bernsen from the PST. The man was believed to be capable of attacks, but “with simple means.”

The police directorate said it would start assessing the work of the police in the Kongsberg case.

"Due to the seriousness of the case, it is very important that lessons and any weaknesses and errors are identified quickly so that measures can be taken immediately," said the authority.