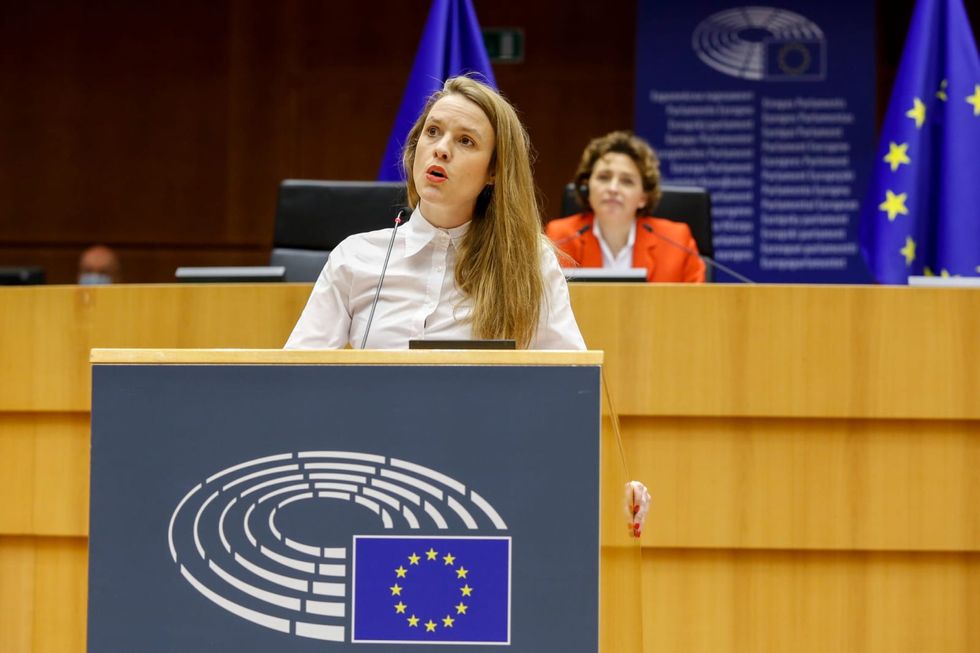 The European Parliament voted to declare the bloc a "freedom zone" for the lesbian, gay, bisexual, transgender, intersex and queer (LBGTIQ) community on Thursday, in a swipe at conservatism in Poland and beyond.

"LGBTIQ rights are human rights," the resolution, passed 492-141 on Thursday, read. "All member states have assumed obligations and duties under international law and the EU treaties to respect, guarantee, protect and fulfil fundamental rights."

In recent years, more than 50 small towns and regions in Poland have adopted non-binding resolutions against "LGBT ideology," prompting critics to label them "LGBT-free zones."

For conservative voters and lawmakers in Poland, campaigning for LGBTIQ rights is seen as attack on family values, with the term "LGBT ideology" also denoting support for abortion or changing traditional family roles.

The local resolutions have caused outrage at home and abroad. Several were nullified by national courts, ruling them discriminatory in character.

Some western European cities ended their twinning agreements with Polish partners that adopted such resolutions.

The EU legislature condemned the policy in a 2019 resolution, and, in July, the European Commission withheld thousands of euros in grants for six of those towns that had applied for EU money.

In parliament on Wednesday, German Green party lawmaker Terry Reintke said the declaration would be a first step and a signal to the queer community.

Advocacy group ILGA Europe praised the declaration but stressed that "a lot still needs to be done to makes this a reality across the European Union."

All EU instutions had to do more, ILGA said in a written statement, noting that the executive branch had not started infringement proceedings related to the Polish "LGBT-free zones."