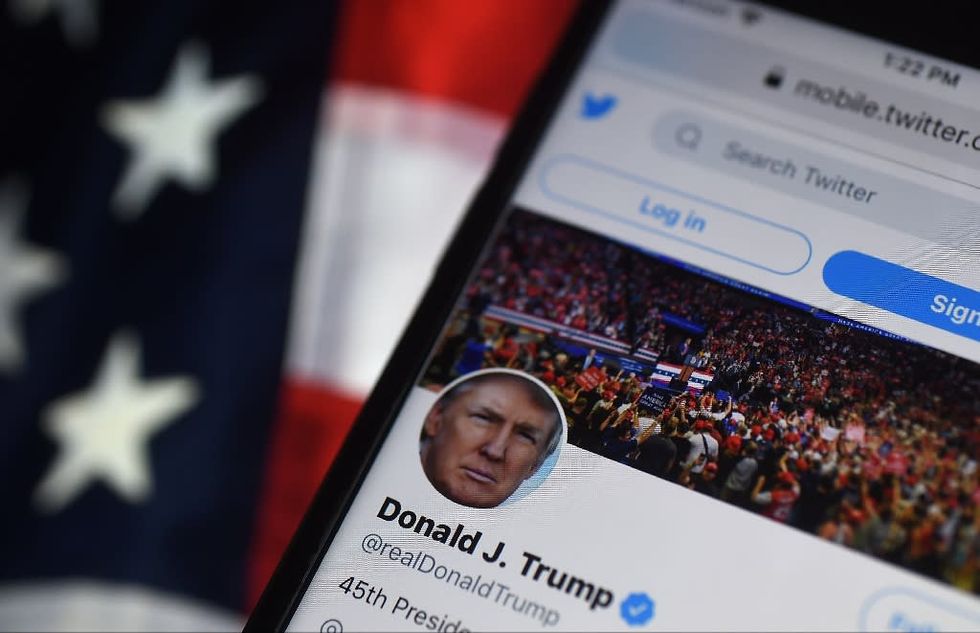 This photo from August 10, 2020 shows the Twitter account of President Donald Trump, indefinitely suspended on January 8, 2021 after his followers invaded the US Capitol

New York (AFP) - Friends, family and advisors to Donald Trump have been bitterly complaining that Twitter's ban of the president after his supporters stormed the US Capitol amounts to an assault on free speech by radical leftists. Ironically, given the enormous influence of the platform, they have aired their grievances first of all on ... Twitter -- a choice underscoring the platform's huge readership and the relative paucity of alternatives.  "Free speech is dead & controlled by leftist overlords," tweeted Donald Trump Jr., the president's older son. Asked Rudy Giuliani, the president's pers...