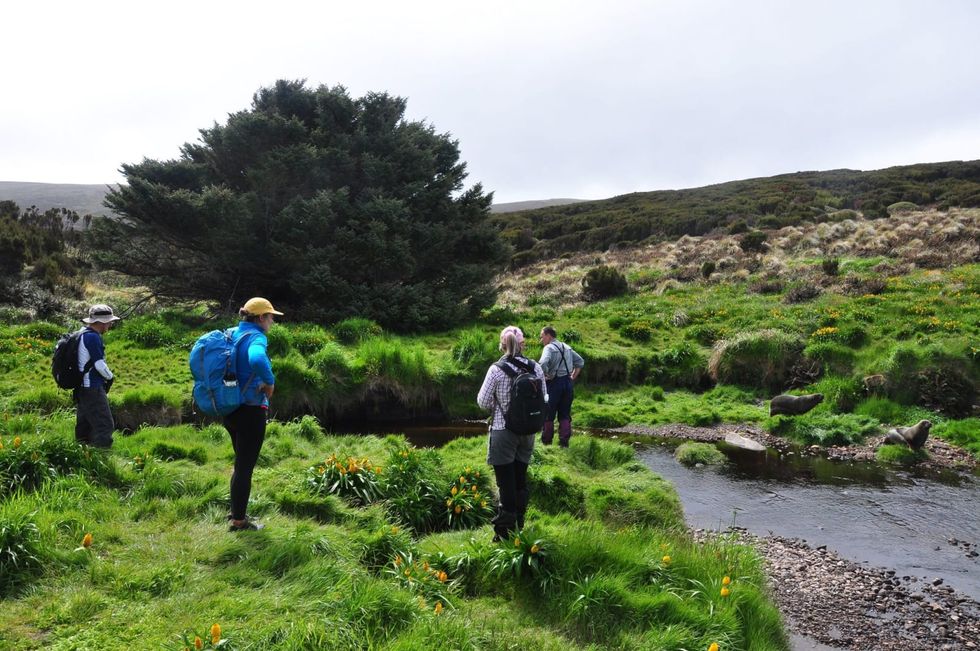 World’s most remote tree in New Zealand - A pictured provided on 23 December 2020 shows visitors standing in front of a Sitka spruce tree, the world's most remote tree which known as Ranfurly's Sitka, on Campbell Island, some 700 kilometres south of New Zealand. - P Tisch/Heritage Expeditions/dpa

On Campbell Island, some 700 kilometres south of New Zealand, grows a single Sitka spruce tree. More than 250 kilometres from any other tree, it is recognized as the world’s most remote tree, beating the elements to grow up all alone in the wild winds of the subantarctic island. Campbell Island is one of the cornerstones of New Zealand’s subantarctic realm, giving the spruce the title of the country’s southernmost tree, too. Some call it "Ranfurly’s Tree" as it is believed that Lord Ranfurly, who was governor-general of New Zealand from 1897 until 1904, planted the tree on the remote island ar...